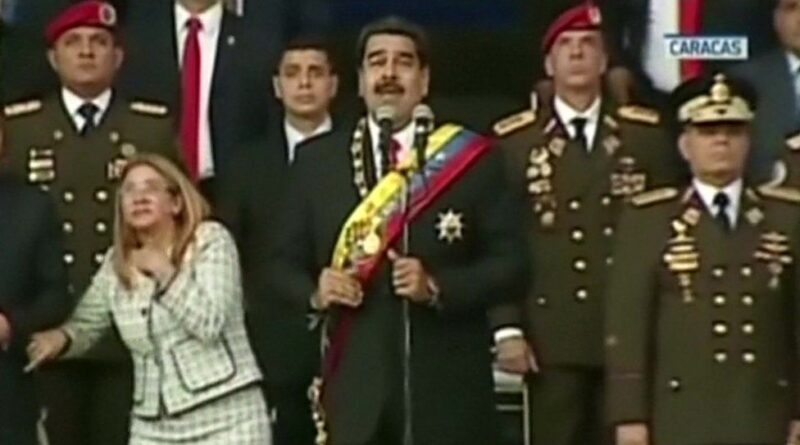 On the afternoon of August 4, 2018, on Avenida Bolívar in Caracas, a military parade was taking place to celebrate the 81st anniversary of the Bolivarian National Guard. Presiding over the event was President Nicolás Maduro, accompanied by top officials of the Executive and the Military High Command.

At around 5:30 p.m., a DJI Matrice 600 drone, carrying a load of C4 explosives and pellets, exploded while flying overhead. As the security forces got into action to protect the lives of President Maduro and others present at the scene, a second explosion occurred 400 meters away, in the Don Eduardo building, confirming that it was a coordinated action to execute a plan of assassination.

The first investigations determined that it was an assassination attempt against the president, and was also directed towards the Military High Command and the representatives of the government and the institutions who were presiding over the parade. The ultimate goal of this plan was to create a situation of chaos and seize political power.

Behind this attack were personalities of the Venezuelan extreme right supported by Washington, who entrusted criminal gangs operating in Colombia with the execution of the plan, and had received massive funding from the United States.

What the investigations revealed
After the first 10 minutes of the first explosion, 80 security points were activated in Caracas, where the intelligence forces commanded by Néstor Reverol, minister for Justice and Peace at that time, detained two of the perpetrators of the attack: Argenis Gabriel Valera Ruíz, alias “El Ingeniero,” who operated the drone, and Juan Carlos Monasterios, aka “Bonds.” The investigations concluded that Osman Alexis Delgado, alias “Halcón 2,” had directed the operation from the United States.

Later, on August 7, 2018, the participation of Julio Borges, Juan Requesens and Fernando Albán was verified, who were indicted by the Prosecutor’s Office for the charge of intentional homicide against President Nicolás Maduro.

This assassination attempt in August 2018 was part of a long list of terrorist actions, the objective of which is to overthrow the constitutional government of President Nicolás Maduro. The so-called “Fiesta de Caracas,” carried out this July in Cota 905 area of Caracas, has been the most recent addition to that list of terrorism. Colombia was involved in all of these cases, either serving as the training base of the terrorists, or as the base of the principal executors of the plots.