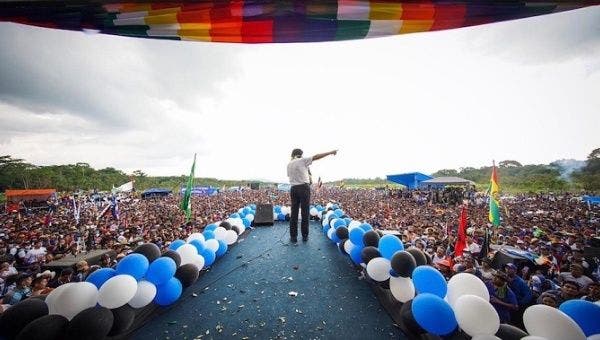 On Thursday, February 11, the Bolivian parliament approved  the Amnesty and Pardon law for more than 1,000 people who had been persecuted by the government of Jeanine Áñez, including former president Evo Morales.

Vice-President David Choquehuanca proclaimed the law with “the affirmative vote of the absolute majority of the Assembly.”

RELATED CONTENT: Bolivia’s Segundina Flores: “We Must Continue to Decolonize the State”

“For months, we demanded and shouted #LiberenALxsPresxxsPolíticxs, and now it is reality! The Plurinational Legislative Assembly of #Bolivia just approved today, #12 February, the Amnesty and Pardon Law that benefits thousands of people imprisoned by the Áñez dictatorship. We did it!”

“The decree is in favor of justice for those persecuted and prosecuted without any reason with criminal charges, freeing them from any criminal charge presented during the de facto government,” explained President of the Senate Andrónico Rodríguez.

The decree releases political and social leaders who opposed Áñez from judicial processes and preventive detention. This comes after social movements submitted a list with more than 1,000 people persecuted for alleged charges of sedition, terrorism and electoral fraud.