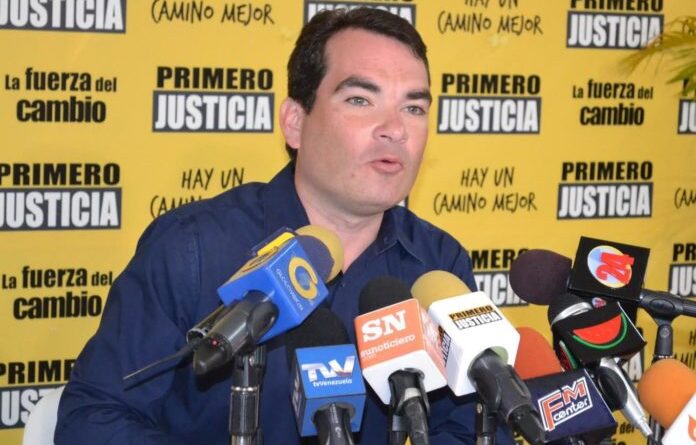 Venezuelan anti-Chavista politician Tomás Guanipa announced on Wednesday, August 11, that he resigned from the former deputy, Juan Guaidó, to join the dialogue that will begin in Mexico between the Venezuelan government and the extreme right opposition.

Through his Twitter account, Guanipa reported that he will be the representative of the opposition party Primero Justicia (PJ) in the negotiations that will begin this Friday in Mexico.

For the opposition leader, the talks that will take place in Mexico, with Norway as mediator, represent a new challenge to reach an agreement between sectors of the country.

Tomás Guanipa tweeted: “True to my commitment to help rescue the country’s democracy, I have decided to withdraw from my responsibility as representative of the Venezuelan people in Colombia to make all the necessary effort so that this process is useful for the freedom of Venezuelans.”

His announcement comes after the PJ leader, Henrique Capriles, confirmed his support for the dialogue, which will also include former deputy Stalin González.

Capriles stressed that it is necessary for different sectors to participate in this new dialogue to generate results so that it is not another failure. Capriles referred to the issues that will be discussed in the dialogue: “It is very important that economic and social (issues) are discussed to alleviate the crisis experienced by the vast majority of the people.”

President Nicolás Maduro has reiterated that the points to be discussed will be the cessation of sanctions and the economic blockade imposed against the nation by the US Government and the European Union (EU). In addition, he advocates for international recognition and incorporation of all “oppositions” in order to improve the political situation in the country.

For its part, the opposition is seeking “conditions” for the next regional and municipal elections, for which they have expressed their support.

A political analyst told Orinoco Tribune that the extreme right has amalgamated in the so-called G4, including Acción Democrática, Primero Justicia, Voluntad Popular, and Un Nuevo Tiempo. He explained that “in their wildest dreams, they hope for Maduro to call for early presidential elections, something very far from reality taking into consideration that currently President Maduro seems very solid in power.” He added, “I do not know how many more ‘conditions’ President Maduro will be able to offer the opposition to finally satisfy them.”