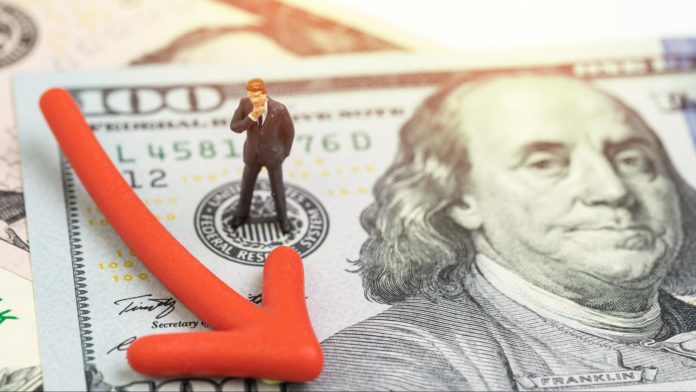 After the accelerated rise in the foreign currency black market in Venezuela during the last week, the price of the “parallel dollar” has fallen considerably at the start of this week as a result of certain measures taken by the Central Bank of Venezuela (BCV).

The BCV, anticipating an attack against the bolívar in the midst of the monetary rebranding process implemented by the government of President Nicolás Maduro, proceeded to inject $50 million into the market.

While the country was preparing for the new monetary regimen to come into force, scheduled for Friday October 1, on September 30 the price of the dollar in the black market registered a significant increase. This led to the currency exceeding the Bs 5 million (or Bs 5, depending on the conversion factor) mark.

Hence, what opposition spokespersons classified as a “normal” process and even something attributable to the rebranding of the bolívar, deflated within hours, demonstrating that an increase in foreign exchange does not correspond to a real demand for it.

Once the reconversion process that eliminated 6 zeros from the Venezuelan currency was complete, the BCV was able to intervene in the market by releasing foreign currency. Consequently, it was possible to stabilize the market and stop the speculation that led to a disproportionate rise intentionally coinciding with the new monetary expression.

What the evidence says
While the official exchange rate established by the BCV had been maintained even before the bolívar rebranding came into effect, the black market foreign exchange rate had placed the price of the US dollar above 5 bolívars.

On the one hand, it was clear that, in addition to an attack on the economic stability, there was an operation aimed at hitting the lowest denomination bill in the new family of banknotes that came into circulation, the Bs 5.

With the November 21 elections coming up, and the Christmas season that has already begun in Venezuela, those with adverse opinions to the Venezuelan government are placing their bets on the idea that BCV’s strategy will collide with a limited availability of reserves. This could prevent the institution from having the necessary time to intervene in the market.

Featured image: The Central Bank of Venezuela has proceeded to inject $50 million into circulation, to stop speculations as monetary rebranding has come into effect in the country. File photo