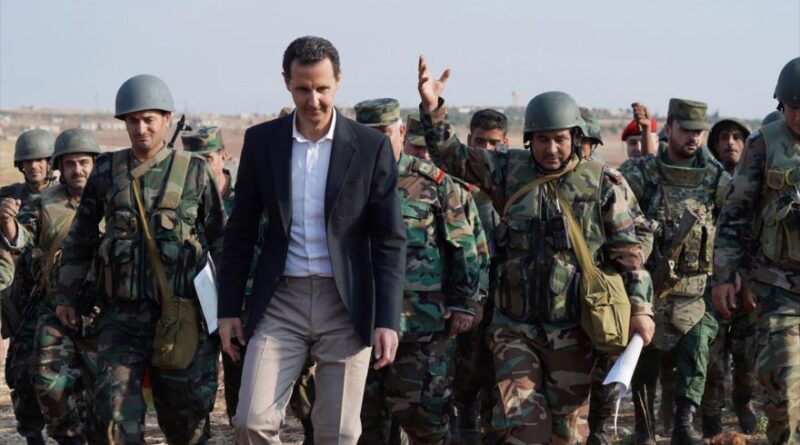 In an interview for the new documentary series produced by the BBC, Trump Takes on the World, former Deputy Minister K.T. McFarland commented that Trump had to be dissuaded from ordering the killing of al-Assad.

According to the former White House official, a few weeks after he took office in January 2017, the Republican tycoon insisted that he would “eliminate” his Syrian counterpart, after seeing images of an alleged chemical attack that Western powers blamed on the Syrian government.

“I said, ‘well Mr President, you can’t do that,'” McFarland recounted.

“He said ‘why’? And I said ‘well, that’s an act of war,'” added MacFarland, and recalled that Trump glared at her. She knew that Trump, as a firm believer that the US was the world’s judge and police, wanted to somehow punish al-Assad.

MacFarland was removed from office just a few months later amid concerns about her loyalty.

In September 2020, Trump admitted that he intended to assassinate al-Assad, but reversed his decision due to alleged opposition from then-Defense Secretary James Mattis.

Later, the Syrian president reproached Trump for his malicious intent. Al-Assad commented that, as their favored method of confronting opposing leaders, assassination would be nothing new for the US.

The Syrian government has categorically rejected reports accusing it of being involved in chemical weapons attacks, such as the one in the city of Khan Shaykhun, in the northwestern province of Idlib.

However, the US and its allies—without presenting any evidence—held Damascus responsible for the Khan Shaykhun case and, in retaliation, in early April 2017 launched a cruise missile attack on Syria’s al-Shayrat airbase, in the province of Homs (in central Syria).

This occurred after the Syrian government had handed over its arsenals of chemical weapons to a joint mission led by the United Nations (UN) and the Organization for the Prohibition of Chemical Weapons (OPCW) in 2014. The organizations oversaw the destruction of the armaments.

Following the incident, Damascus expressed its willingness to cooperate with the OPCW and receive its experts at both Khan Shaykhun and the al-Shayrat air base, but certain countries prevented this from taking place.