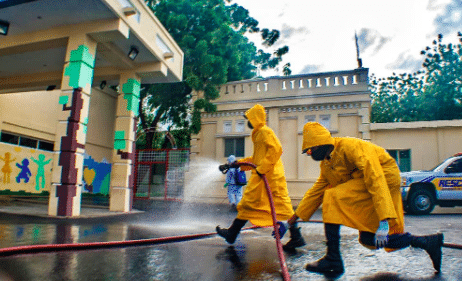 This Thursday, April 1, Venezuela marked its 382nd day in the battle against COVID-19. In the last 24 hours, the country registered 1,254 new cases: 1,237 of community transmission and 17 imported, in addition to 13 deaths. This was reported by the Minister for Communication and Information, Freddy Ñáñez.

The percentage of recovered remains at 92% , bringing the total to 148,656 Venezuelans who have overcome the disease. 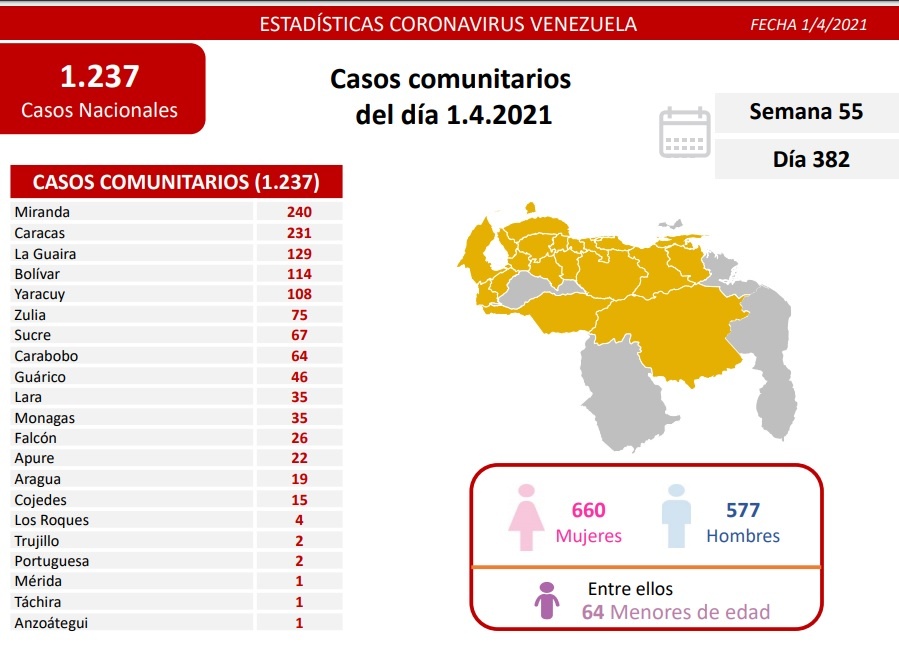 Community cases
The 1,237 new infections from community transmission were distributed throughout 21 states. The regions most affected on day 382 of the fight against the pandemic are the state of Miranda, which registered 240 new cases; followed by Caracas, with 231; La Guaira, with 129 cases; Bolívar with 114; and Yaracuy with 108 cases. 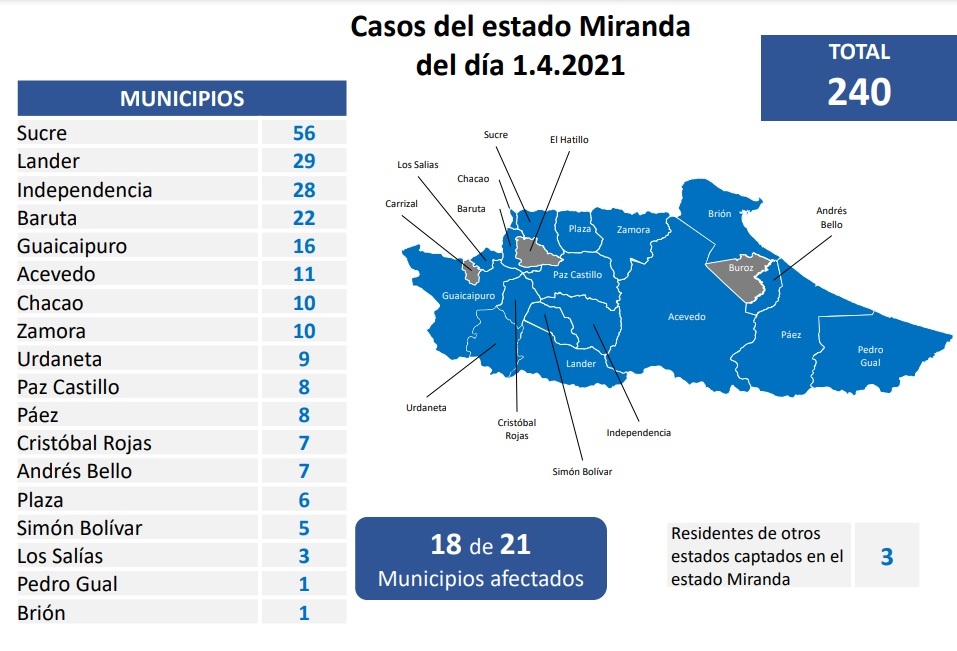 Imported cases
Regarding the 17 international cases, Ñáñez detailed that 12 people traveled infected from the Dominican Republic, three from Panama, one from Mexico, and one from Equatorial Guinea. Of this group, eight were women and nine were men. In addition, it stood out that 11 entered through Carabobo state, and six through La Guaira.

Deaths
On day 382, the death of 13 Venezuelans was also registered, with which the South American nation’s total reached 1,615 death. They are three men of 59, 82 and 83 years old, respectively, and one woman of 79 years of age from Miranda state; two men, aged 54 and 68, and a 75-year-old woman from Caracas.

He reported that the application of screening tests is being maintained through the brigades of the Ministry of Health, which count 3,359,014 tests applied, for an average of 11,967 tests per million inhabitants. 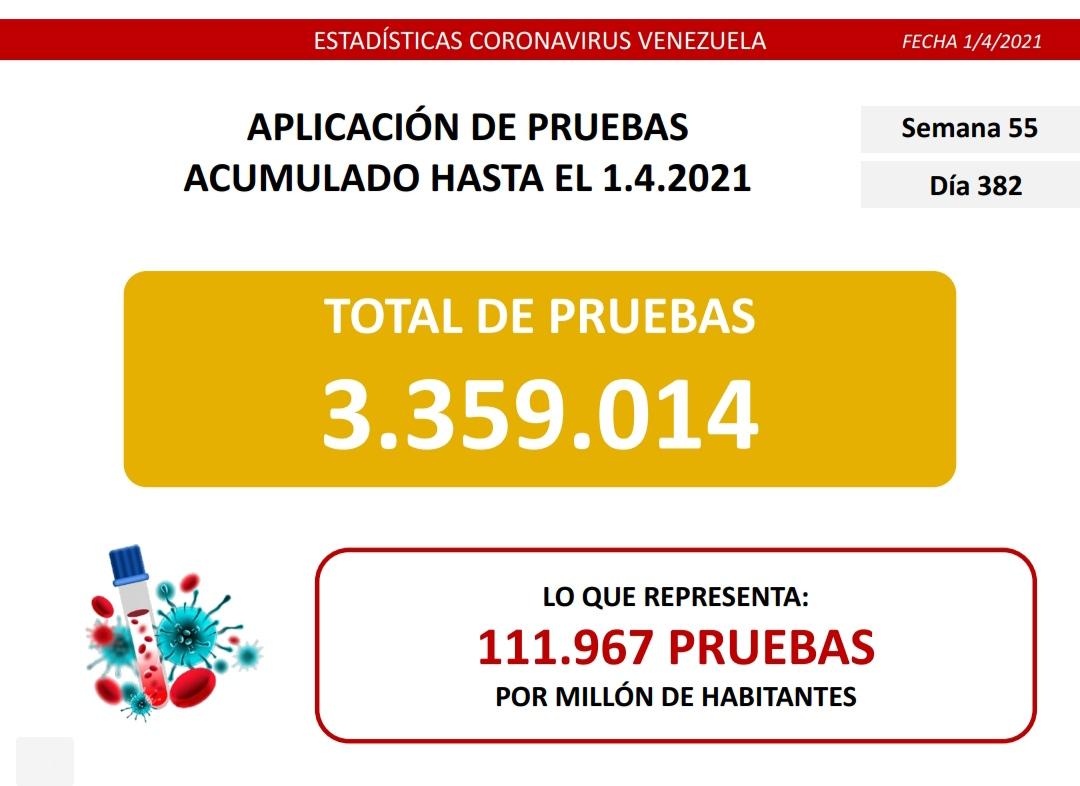 Current situation
Ñáñez referred to the case of Brazil, where the South African COVID-19 variant was detected, which raises even more alarms for the Bolivarian Republic of Venezuela. To date, that country has reported 1,278,059 active cases and 325,559 deaths.

“Yesterday Brazil presented a record of over 3,050 deaths,” said the minister. For this reason, he asked the Venezuelan people to be on alert due to the aggressiveness of new COVID-19 variants, to increase biosafety measures, and act with maximum awareness.

He announced that for this Good Friday the traditional visit of the seven temples is scheduled to be held, through television broadcasts, considering that they are very important traditions for the Venezuelan Catholic Christian congregation. All churches in Venezuela agreed upon government request to keep the churches closed.