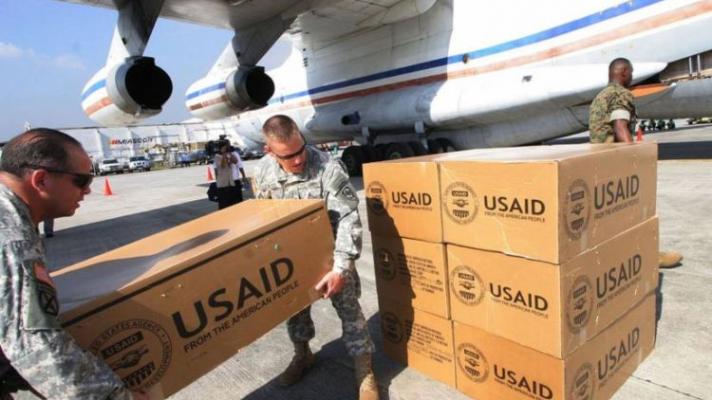 More than two years ago, on February 23, 2019, newly self-appointed “president” Juan Guaidó achieved one of his first failures in the US plan to provoke a violent “regime change” in Venezuela, by trying to bring irregular armed groups into the national territory through the border with Cúcuta (Colombia), under the pretense of delivering humanitarian aid. More than two years later, key figures involved in the operation revealed the true objectives, but disavowed their participation.

An inspector from the United States Agency for International Development (USAID) prepared a report in which he expressed “doubts” about the motivations of the United States government, at that time led by Donald Trump, to plan the “humanitarian aid” to Venezuela.

The inspector’s findings suggest that the “humanitarian assistance” was not driven by “humanitarian principles of neutrality, independence, and being based on needs assessments,” but that it responded in part to the Trump administration’s campaign to encourage a violent overthrow of President Nicolás Maduro’s government.

The document was published on April 16, but had not been released until now.

Inspector general for USAID confirms what was abundantly clear: the US government's delivery of humanitarian aid in Venezuela was intended to pressure Maduro and force regime change. pic.twitter.com/8i3PuAygUd

On the same date of February 23, the “regime-change” operation was exposed and denounced from Venezuela. It was revealed that the trucks with the alleged humanitarian supplies were set on fire by the same agents who tried to force their entry into Venezuela across the Simón Bolívar Bridge.

For its part, the report alleges that of the 368 tons of supplies sent to stage the event in Colombia, only eight tons entered Venezuela, “and the remaining 360 tons were distributed within Colombia or sent to Somalia.”

The report questions USAID’s refusal to coordinate the delivery of humanitarian products with the United Nations (UN)—knowing that it has channels for this eventuality—believing that it was going to be perceived as “support for the Maduro regime” by the UN. Instead, it was decided to work with a Venezuelan non-governmental organization (not identified in the report) because USAID believed that it was aligned with the interests of the United States government. “This organization had never received USAID funding, and the Regional Office did not know if the organization had the capacity to meet USAID legal and financial requirements,” the document says.

It also highlighted that:

• Assistance was unnecessarily delivered on giant Air Force C-17 cargo jets rather than cheaper commercial options that were available.

• Among the foods included were products to combat child malnutrition, although USAID experts themselves considered that the nutritional status of Venezuelan children did not justify it.

In general, this (delayed) report from the USAID inspectorate confirmed the complaints made by the Venezuelan Government about the staging of a spectacle for consumption by international viewers that would provide a cover for the violent actions that they aimed to unleash on the Colombian-Venezuelan border, with the objective of ousting the legitimate institutions in Venezuela and establishing a de facto government compliant with the United States’ agenda.

Featured image: USAID preferred to “distribute” the humanitarian aid with a Venezuelan NGO of doubtful origin—instead of the UN—because it was compliant to Washington’s demands (Photo: Reuters).