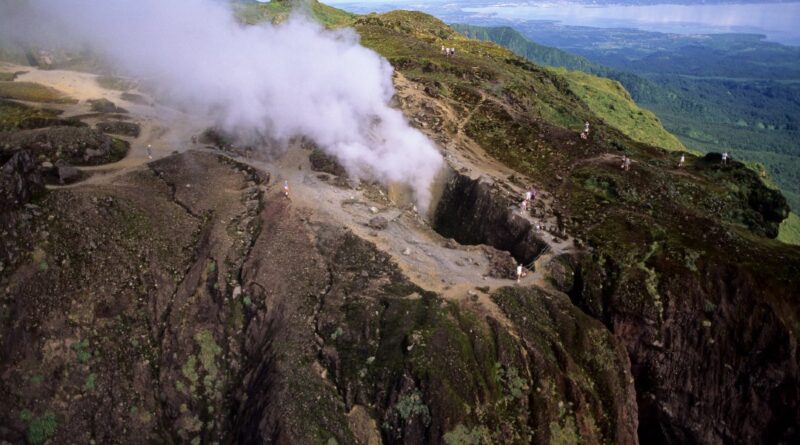 In the next few hours, Venezuela will send humanitarian aid and disaster management experts to cooperate in evacuation and preventive relocation of citizens in Saint Vincent and the Grenadines, following the alert issued by the authorities of that country after an increase in the activity of the La Soufrière volcano.

The information was provided this Thursday, April 8, by Venezuelan Foreign Affairs Minister Jorge Arreaza through his Twitter account @jaarreaza: “In the next few hours #Venezuela will send humanitarian supplies and disaster management experts to cooperate in evacuation and preventive relocation of citizens in #SanVicenteYLasGranadinas. The member countries of @ALBATCP are on the alert to coordinate the necessary support.”

The Prime Minister of Saint Vincent and the Grenadines, Ralph Gonsalves, issued a disaster alert on Thursday due to the increase in activity of La Soufrière, and reported that the necessary measures are being taken in the face of the alarm situation, according to Telesur.

A new series of tremors took place this morning, a significant development, alerted the prime minister. Authorities have advised nearby residents to be prepared in case it is necessary to evacuate in the short term.

The specialist noted that long-lasting earthquakes were recorded, which means that fresh magma is trying to reach the surface, and this may mean that the volcano may go into an explosive phase.

Scientists at the Belmont Observatory, led by scientists from the University of the East Indies (SRC) Seismic Research Center, have been monitoring the change in seismic activity associated with the ongoing eruption of La Soufrière volcano, and in recent years several volcanic incidents have been reported, but not of this magnitude.

In 1902 La Soufrière erupted and killed over 1,500 residents, destroying the last large remnant of Carib culture. In April 1979 La Soufrière erupted again. No casualties were reported but thousands were evacuated, and the eruption caused extensive damage to the region’s agriculture. Saint Vincent and the Grenadines is a member nation of the ALBA-TCP alliance.

Featured image: The explosive eruption could register in the next few hours or days. (Photo: Getty Images).