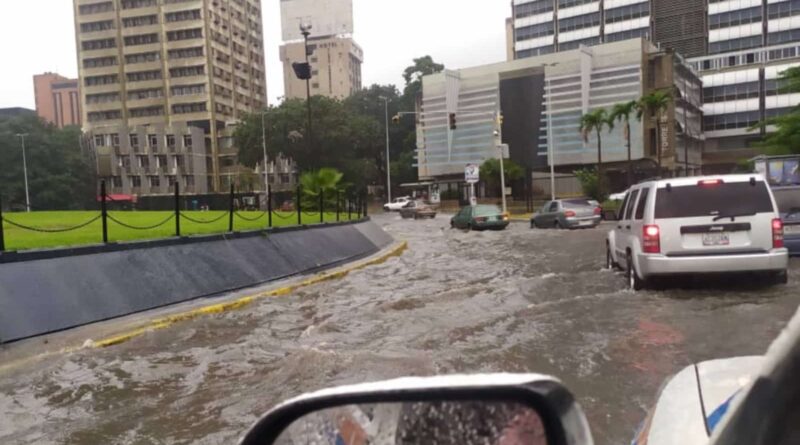 On the evening of Tuesday, April 26, the President of Venezuela, Nicolás Maduro, announced the creation of a special fund for the emergency response to the consequences of recent rains. The special fund will hold 10 million bolívars. He made contacts with the governors of Mérida, Táchira, Trujillo, the mayor of Caracas, and the military commander in Zulia, to learn about the situation in each location.

“I have announced the creation of a revolving renewable fund of 10 million bolívars, to the same extent that it is used and invested for rain emergencies,” Maduro said from Miraflores Palace, where he presented a national report on the rains.

He affirmed that work must be done to fix the dikes, and the effects left by the rain, to avoid further damage. “Let no one get hurt, that we have no deaths, and repair all material damage,” Maduro said.

Regarding the support of the government to those affected by the rains, Vice President Delcy Rodríguez announced that she is in talks with the Vice Minister of Public Banking to provide funds to agricultural producers in Mérida and those of cattle in Zulia. In addition, she indicated that she gave instructions to the secretary general of the Federal Council of Government to provide resources to the states that were affected by the rains.

President Maduro asserted that the heavy rains are due to the presence of the La Niña phenomenon and the effects of climate change. “We are being victimized by climate change that has accumulated for almost a century as a result of a destructive and voracious model … which has destroyed seas, rivers, environments,” Maduro said. 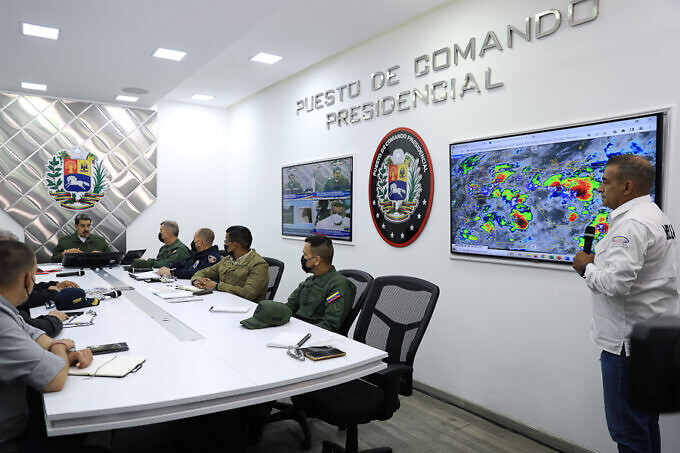 President Maduro expressed regret that public demands for resolutions to the climate crisis have not yielded results. The government is serving the population 24 hours a day, he noted, and urged officials to “multiply our capacity for action tenfold” in the emergency situation caused by excessive rains. In this sense, Maduro asked the regional administration to “to activate itself in a preventive and corrective way to attend, together with the government authorities, to the situation due to the heavy rains.”

General report
The president of the National Institute for Meteorology and Hydrology (INAMEH), José Pereira, highlighted that in Caracas, during the last 48 hours a rainfall of 180 millimeters was registered, well above the usual April average of 55 mm. “Three times a month’s rainfall fell in two days,” he said.

He indicated that after noon on Tuesday, the rainfall was widespread throughout the country. “Mainly south of Lake Maracaibo, the Andes region, Mérida, Trujillo, Portuguesa, Barinas, Lara, part of Falcón, Yaracuy, Apure, Guárico, Anzoátegui, Monagas, Bolívar and Amazonas,” he added.

Caracas situation
In television coverage from Macarao, the mayor of Caracas, Carmén Meléndez, reported that maintenance has been carried out on waterways in Caracas to mitigate the effects of the rain. She pointed out that there is a deployment in all the parishes to attend to families, and said that in the case of Los Flores de Catia, where there were houses at risk of collapse, the government teams showed up to move families.

In Quebrada Caraballo, in the San José parish, added Meléndez, eight families were relocated. In total, 22 families have been displaced throughout the city as a result of the rains.

Zulia and Merida
President Maduro publicly called on the governor of Zulia, Manuel Rosales, to provide the necessary care to the population of the state that has been heavily affected by the rains. Although initially Maduro reported that it had been impossible for his team to communicate with Rosales, minutes later he reported that Rosales contacted the Minister of the Office of the Presidency, and informed the president that they were attending to some of the affected sectors. Maduro asked Rosales to coordinate with the national government, and reported that Vice President Rodríguez will communicate with Governor Rosales to carry out joint work to aid affected areas.

In addition, President Maduro asked the Minister for Internal Relations, Remigio Ceballos, to go to Zulia and direct the emergency operations.

The commander of the Damage Assessment and Needs Analysis Operational Zone (ZOEDAN) in Zulia state, Ramón José Mavarez, reported the installation of two shelters in the Catatumbo municipality, for the care of 32 families, while in Colón teams were deployed to protect 1,631 families of the Urribarrí parish. Losses of 12,500 hectares of [agricultural] production, and damage to the La Gallera bridge were reported in this sector. 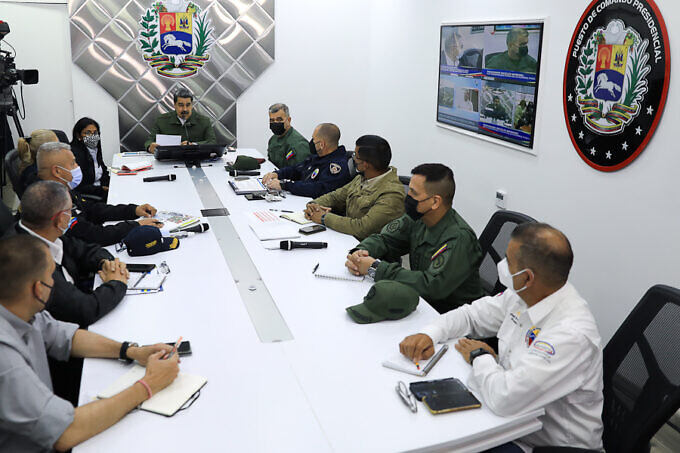 Mavarez specified that 327 families from three sectors of Sucre have been assisted , as well as 1,500 families in Francisco Javier Pulgar municipality. “We have activated two modules of Barrio Adentro, both in Colón and Sucre,” he added, while noting that they will receive seven tons of humanitarian assistance shortly, to serve the population affected by the rains.

In total, 4,058 families were affected, and 318 homes were lost statewide.

In the case of Mérida, Governor Jehyson Guzmán reported that the waterfall in the southern part of the lake has surged considerably. He mentioned that some homes have been lost due to the rains. He announced that the Regional Risk Committee had been convened, and the Higher Housing Body will be deployed to serve families affected by rainfall.

Táchira and Trujillo
The governor of Táchira, Freddy Bernal, indicated that the regional government was deployed in the 29 municipalities of the state, of which 10 were hit by the rains. He warned that there are more than 2,300 high-risk locations, and noted that, should the rains increase, the effects will multiply across the areas already identified. He noted the rising levels of rivers and streams.

In the case of Trujillo, governor Gerardo Márquez pointed out that the most affected municipalities were Valera, Boconó, Pampán, Pampanito, and Rafael Rangel. 57 homes were damaged. He reported flooding of the highway that connects the towns of Betijoque and Sabana de Mendoza, affecting vehicular traffic and the transfer of agricultural products.

Regarding the state of Trujillo, Maduro requested the Minister for Public Works, Raúl Paredes, activate a special plan to repair the roads.