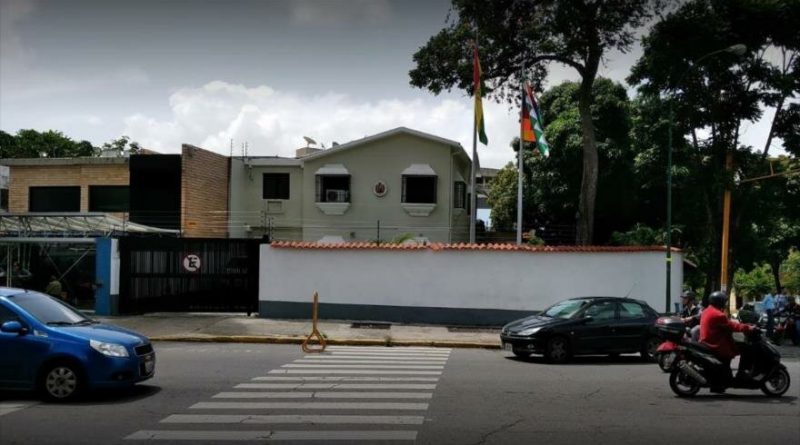 Venezuela asks the military of the Bolivian embassy in Caracas to leave the country, for the role of the Army in the coup against Evo Morales.

The Venezuelan Ministry of Foreign Affairs announced Wednesday its decision to withdraw accreditation of the diplomatic military personnel of the Plurinational State of Bolivia in Caracas and requested their departure from the Bolivarian country within the next 72 hours.

The measure, explains the diplomatic note, “corresponds to the role played by the high command of the Bolivian Armed Forces in the coup d’etat of November 10, and in no case is an individual assessment of the Bolivian soldiers.”

Evo Morales resigned on the 10th of this month from the presidency of Bolivia, in the midst of a coup and violent onslaught of the opposition that refused to recognize his electoral victory, which allowed him to begin a new term  in office lasting until 2025.

Immediately, on the same day, the president of Venezuela, Nicolás Maduro, called Morales’ resignation a “coup d’etat” and expressed his support for the indigenous leader.

As soon as the de facto government was established in Bolivia, the self-proclaimed president Jeanine Áñez broke off relations with Venezuela, asked the diplomats “representing the government of Maduro” to leave the country and expressed her support for Juan Guaidó , also a self-proclaimed Venezuelan “president”.

This decision led to the breaking of ties between Venezuela and Bolivia, which Morales and the late President Hugo Chávez established more than a decade ago.

According to several politicians and analysts, including the American political scientist, Noam Chomsky, this coup d’etat was promoted by the US, which for a long time was eager to oust Morales and his powerful movement, in fact, Washington was one of the first to recognize Áñez.

Featured image: The Bolivian embassy in Caracas, the Venezuelan capital.