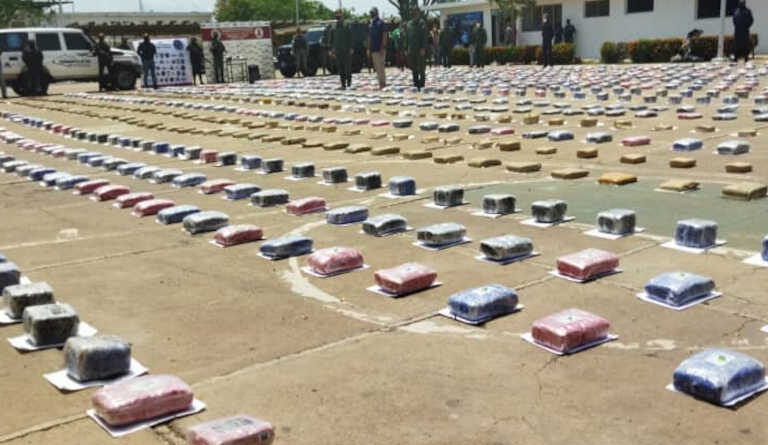 This Saturday, December 18, Venezuelan National Anti-Drug Superintendent, Richard López Vargas, highlighted that Venezuela has seized 51 tons of illicit drugs so far in 2021, the highest amount in the last 10 years.

“A significant quantity, 51 tons, were seized in 5,334 procedures by law enforcement agencies,” he informed. “The last time this figure was superceded was in 2011; which means that today represents the largest seizure in the last 10 years.” The superintendent explained this during the first edition of the 2021 Citizen Security Expo, which is being held in the Military Circle, Los Próceres, in Caracas.

He stressed that in the matter of investigation, from the National Anti-Drug Superintendency and the security and defense organizations of the nation, “we can deliver the right blows to all drug trafficking attempts in Venezuela.”

In this sense, he stressed that all security agencies in Venezuela have joint responsibility to stop attempted trafficking of narcotics in the country.

In the first edition of the 2021 Citizen Security Expo that is taking place at the Tiuna Fort, Caracas, more than 20 exhibitors from the entities attached to the Ministry for Interior Relations, Justice and Peace, are participating.