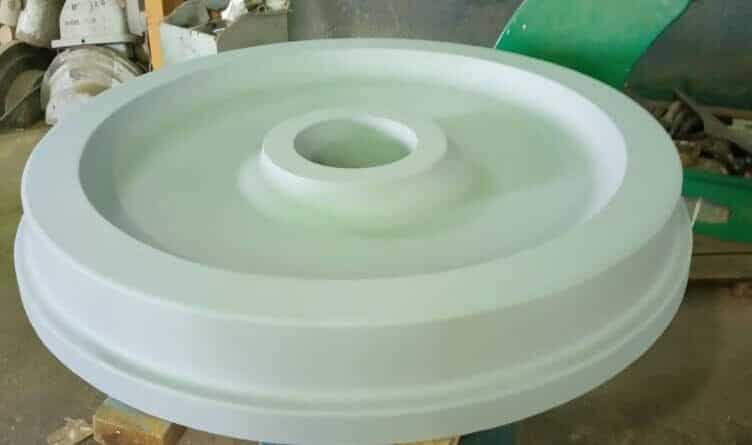 With Venezuelan labor, the working class managed to manufacture wheels for trains for the first time in the country at the Hugo Chávez Frías Factory of Factories Industrial Complex, in conjunction with the Venezuelan Corporation of Guayana (CVG) and the National Valve Company (Enaval), a subsidiary of PDVSA Industrial.

US illegal sanctions against Venezuela have increased exponentially since 2017 affecting greatly Venezuela’s economy and export income but also affecting the quality of life of millions of Venezuelans that can not have access to medicine, gasoline and parts needed for any economy to operate properly but also affecting public services like running water, electricity, gas, among others. Under this US suffocation effort the Venezuelan people have decided to move forward and substitute imports with national production. 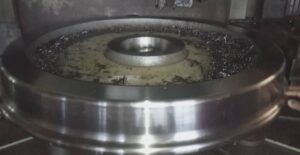 To date, 28 wheels have been manufactured, 12 of them already installed and running on a 4000 HP locomotive from CVG Ferrominera del Orinoco, at Ciudad Guayana (Bolivar state). The rest of the wheels are in the process of being manufactured and will be ready in a period of a week and a half to produce the second locomotive with wheels one hundred percent made in Venezuela.

In this project, specifically in the process of casting the wheels in the furnaces, a refractory was developed in conjunction with the company CVG Refractario Socialista de Venezuela, under the supervision of minister Tareck El Aissami and the president of CVG, Pedro Maldonado. 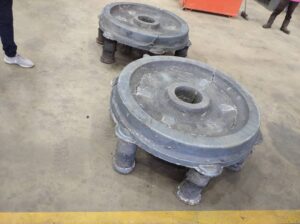 This new refractory product is used for induction furnaces at all levels, both for the Hugo Chávez Frías Factory of Factories Industrial Complex, as well as for any other company in Venezuela and the world.

By the end of 2020, it is estimated that a goal of 48 wheels will be reached to cover the first batch requested, out of a total of 204 wheels, to cover the demand of all the locomotives of this kind currently running in Venezuela. 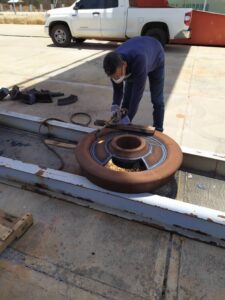 Similarly, the work plan includes the manufacture of the wheels for Los Teques Metro, whose model is similar to the wheels of the Ferrominera Orinoco locomotives, as well as designing wheels for other transport systems and subways, in addition to creating the patent for this product and registering the trademark Wheels Factory of Factories Venezuela.