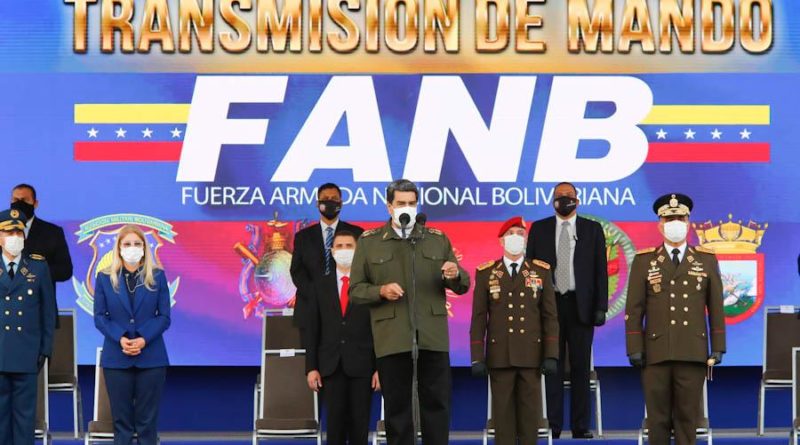 This Friday, Venezuelan President, Nicolás Maduro, denounced the US Southern Command for intending to tarnish the work of the Bolivarian National Armed Forces (FANB) and he authorized the Minister of Defense Vladimir Padrino López and the Minister of the Interior, Justice and Paz Nestor Reverol to respond to the US accusations against Venezuela.

“Today in the US Southern Command headquarters in Florida, there was an act of electoral campaigning and false accusations were launched against Venezuela and the honor of our institutions. Desperate for the votes, Donald Trump goes to the Southern Command to do a campaign event,” President Maduro said.

The Venezuelan president said that after listening to the statements of the Secretary of Defense, of the Secretary of Homeland Security Robert O’Brien, he was reminded of the fabricated lies against Vietnam to justify the attack perpetrated against that nation, as well as the farce of the alleged weapons of mass destruction that they attributed to the Republic of Iraq to bomb them and invade them.

“Now lies against Venezuela are repeated every day,” he said, saying that such accusations are part of the Trump electoral campaign, a race that the US president carries out to stay in the White House.

“Desperate for votes, Donald Trump goes to the US Southern Command as a campaign event,” he stressed from the Court of Honor of the ministry for defense, in Fort Tiuna, where he led an event on the occasion of the transmission of command of the components of the Bolivarian Army, Navy and Military Aviation.

Earlier, from the US Southern Command, the US Secretary of Defense and the American National Security Advisor, Robert O’Brien, said that Venezuela “is a narco-state led by a corrupt and illegitimate regime.”

Military drills in defense of peace

The president of the republic announced that in the next few days, the Bolivarian National Armed Force (FANB) will begin military exercises to consolidate the sovereignty and peace of Venezuela.

“We are already planning exercises in a time of pandemic and I will announce them very soon, to continue training all our troops, training the Bolivarian National Militia in the permanent exercise of defense of this sacred land that is Venezuela,” he said.

The implementation of this training responds to the continuous attacks and threats from the US empire. Venezuela remains on high alert to fully defend the national territory inch by inch.