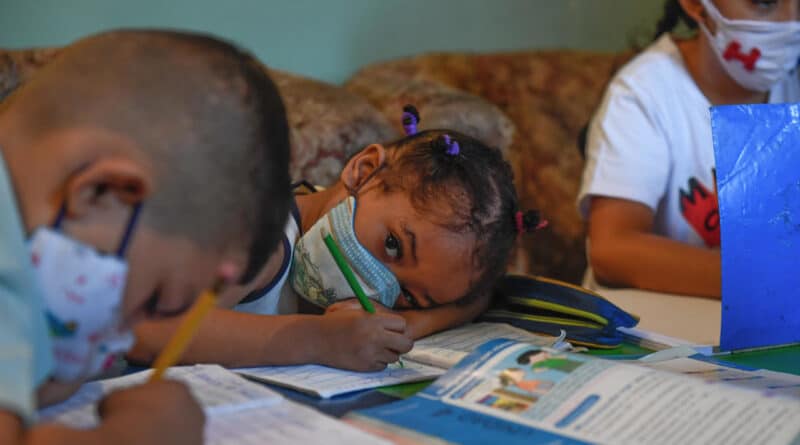 This Friday, February 12, 2021, the Venezuelan President, Nicolas Maduro announced that partial face-to-face classes will begin in March “throughout the Venezuelan educational system.”

From the Miraflores Palace, located in Caracas, President Maduro stressed that the return to the classrooms will be carried out under strict biosafety protocols in order to preserve the health of students in the midst of the COVID-19 pandemic.

“We are controlling the pandemic, and with biosecurity measures, supplemented by the arrival of vaccines, we are going step by step,” said the president.

At the beginning of February, the dignitary considered it necessary to combine “online classes and face-to-face classes” in the next two quarters, which is why he instructed evaluation of mechanisms allowing a “return to classrooms during the weeks of flexibility of the 7 + 7 reopening scheme.”

“We are evaluating, so that many students at all levels, primary, secondary and university, can return to face-to-face classes with guaranteed and absolute biosafety protocols,” Maduro said during the commemoration of the 22nd anniversary of the Bolivarian Revolution on February 2. “We are taking steps in this direction.”

Order of José Félix Ribas awarded to youths
Upon greeting a march on National Youth Day, which takes place on the occasion of the 207th anniversary of the Battle of La Victoria, the head of state awarded the José Félix Ribas Order, in first class, to five outstanding young people from the scientific, military, sports, economic, productive and educational sectors.

Maduro also awarded the decoration post-mortem to Fernando Ríos and Jean Carlos Martínez, who would have served as deputies of the National Assembly but passed away recently—Ríos in a traffic accident, and Martínez of COVID-19.

Venezuela is among the few Latin American countries that have kept the COVID-19 pandemic under control, due to the extremely responsible approach by Maduro’s administration, but also due to the reopening scheme called 7+7, meaning seven days of reopening (currently of most economic sectors) followed by seven days of quarantine with opening only of essential sectors.

In March 2020, all in-person classes were suspended in the Caribbean country, and they have not been resumed since.

Featured image: Several children attend class in a homecare classroom in a house in the Petare neighborhood, Venezuela’s largest barrio, in Caracas, on September 16, 2020. © AFP.