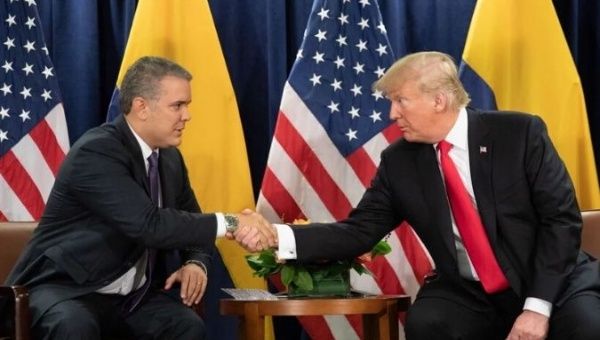 “There is no illegal drug trade between Venezuela and the United States, except in the sick fantasy of Trump and his associates,” the seasoned anti-drug expert said.

Former Vice Secretary of the United Nations and Former Executive Director of the U.N. Office on Drugs and Crime Pino Arlacchi reminded Saturday that Venezuela has always been outside the main cocaine trafficking circuits between the world’s main producer and consumer; Colombia and the United States.

“I have been dealing with the issue of drugs for forty years, and I have never encountered Venezuela. Before, during and after as Executive Director of UNODC (1997-2002), Venezuela has always been outside the main cocaine trafficking circuits,” Arlacchi said in an article published in the Italian news outlet L’Antidiplomatico.

This comes as the U.S. government charged Venezuelan President Nicolas Maduro and other top government officials on Thursday of drug trafficking without any proof, arguing that the Maduro administration allowed the Revolutionary Armed Forces of Colombia (FARC) to use the national airspace to transport drugs and “flood the U.S with cocaine.”

“There is no illegal drug trade between Venezuela and the United States, except in the ill fantasy of Trump and his associates,” the seasoned anti-drug expert said, citing “two major sources on the matter.”

The first one is the latest UNODC report on drugs and the second the latest U.S. Drug Enforcement Administration (DEA) document dated December 2019, which neither one of them mentions Venezuela.

According to the DEA report, 90 percent of the cocaine introduced in the U.S. comes from Colombia, six percent from Peru and the rest from unknown origins. “You can be sure that if in that remaining four percent any hint of Venezuela’s involvement existed, it would not have gone unnoticed,” Arlacchi mentioned.

These new and unfounded charges come amidst the COVID-19 pandemic, which the Trump administration is failing to control as more than 145,000 cases have been reported until Sunday in the U.S., raising serious questions of Trump’s leadership and crisis management.

Also, these occur when Colombia is losing its fight against drug trafficking, as both international and local authorities have been forced to admit.

Featured image: According to the DEA report, 90 percent of the cocaine introduced in the U.S. comes from Colombia. | Photo: EFE