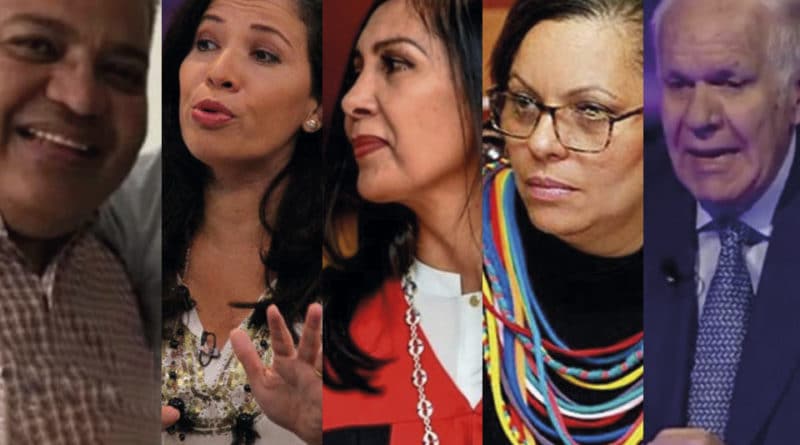 The Constitutional Chamber of the Supreme Court of Justice (TSJ), in a joint presentation by its magistrates, appointed the principal and alternate chairs of the National Electoral Council (CNE), after declaring the omission of the National Assembly to perform this duty unconstitutional. The ruling indicates that the Constitutional Chamber, given the relevance of the act, delegated the swearing in to the president of the country’s High Court, magistrate Maikel Moreno.

Below is the profile of each one of the new CNE authorities: