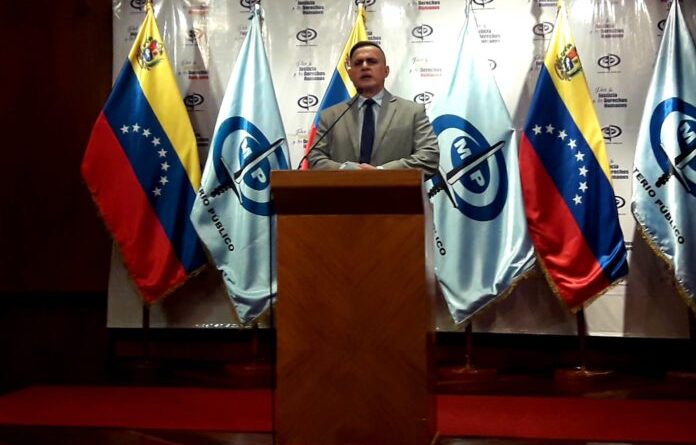 Eight people, including three officials from the Ministry of Economy and Finance of Venezuela, have been arrested for their links to a corruption network, informed Venezuelan Attorney General Tarek William Saab during his weekly press conference this Wednesday, June 16.

Saab reported that those who were involved in the case had manipulated a technology platform for their own benefit and diverted money from the Finance Ministry. “This is part of our relentless fight against corruption and in favor of public ethics… We want this to have a didactic objective and at the same time be a clear sign of judgement and sanction for those who unfortunately commit crimes that undermine democratic institutions,” said the head of the Public Ministry.

“Eight individuals have been arrested, including 3 officials from the Ministry of Economy and Finance, for the extraction of large sums of money from this entity, as well as from the National Development Fund,” he informed.

Saab explained that these officials had illegally installed software on a computer of said ministry, that allowed them to access user accounts and bank passwords.

He explained that investigations carried out by the Public Ministry revealed that Jonathan José Flores Estrada, who is currently in Spain, worked in the Finance Ministry together with Anthony Carreño. The two installed a program called AnyDesk, with which they had remote access to the Ministry’s systems.

With the information obtained through the aforementioned software, they made bank transfers from the accounts of the Ministry and the National Development Fund to companies and individuals. The money was diverted to various accounts and dollars were bought with it in the illegal market to legitimize the illicitly diverted funds.

”It is a despicable plot, the ultimate goal of which was to cause damage to public assets,” commented the prosecutor.

The detainees are Keberlin Zerpa, Edinson Pérez, Winxer Suárez, Reinaldo Sivira, Abrahan Sánchez, and those from the Ministry of Popular Power for the Economy and Finance are Anthony Carreño, Milexi Torres and Karen Rondón. Carreño, who worked in the technological area of ​​the Finance Ministry, was the one who had installed AnyDesk.

These people are being prosecuted for the crimes of money laundering, improper access, fraud and association to commit a crime.

Anthony Carreño, Milexi Torres and Karen Rondón were also charged with crimes of embezzlement and willful misuse of information.

Likewise, an arrest warrant has been issued for Jonathan Flores, as well as an Interpol red alert and an extradition request.