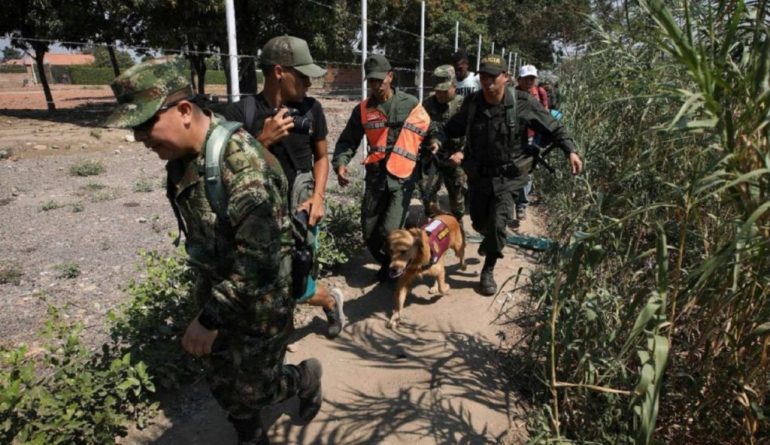 This Tuesday begins the transfer of Venezuelan military deserters to Chile

Uribismo, through President Iván Duque, and as a good foreman of the interests and orders of the White House, undertook to maintain and host the hundreds of Venezuelan military personnel who defected from the Bolivarian Armed Forces on March 23, after the failed operation golpista led by Juan Guaidó on the Colombian-Venezuelan border.

While the misrule of Duque-Uribe responds with repression to the social demands of peasants, professors, students, Afro-descendants, indigenous and workers of Colombia, it has the luxury of diverting fiscal resources to the maintenance of military personnel who have betrayed their own country, Venezuela.

In the convergence of six government administrations of extreme right of Latin America called PROSUR, and made at the request of the Pentagon in Santiago de Chile, between March 21 and 23, President Iván Duque of Colombia and President Sebastián Piñera of Chile agreed that the country of Pablo Neruda and Salvador Allende would receive the military traitors who wished to go to that country to settle down.

The Colombian authorities indicated that on Tuesday, March 26, the logistical aspects will be ready so that the deserter soldiers -627 in total- can leave Colombia for Chile.

The promise of the extreme right-wing president of the Andean country, Sebastián Piñera, was left to the Congress and the judiciary. For the rest, only this weekend, in the Chilean capital there was a massive demonstration of support and solidarity with the constitutional government of Venezuela led by Nicolás Maduro. Likewise, due to Piñera’s antipopular policies, the president elected by only 27% of people qualified to vote, is falling vertically in opinion polls.

For the Chileans, there will be a huge surprise of the arrival, not of Venezuelan migrants, but of military deserters from the Caribbean country.

It would be interesting to know the opinion of the high ranking officers of the Chilean Armed Forces and the Army in particular who, totally different from the Chavez Armed Forces, boasts of a brutal classism, have a “Prussian” imprint, and display a racism and xenophobia famous on the continent.