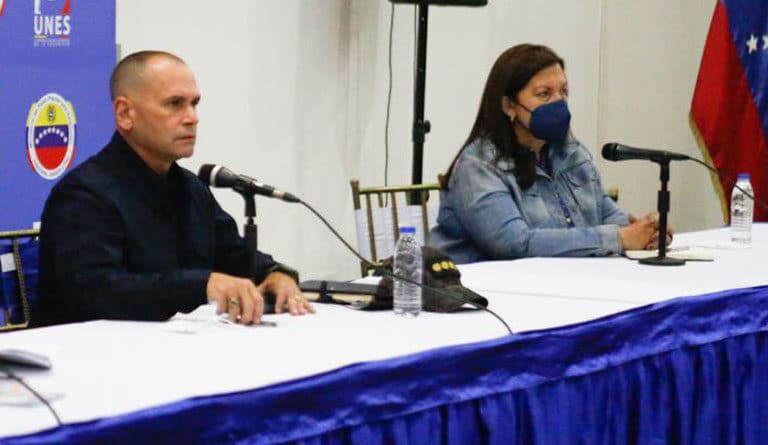 Minister Ceballos has warned about a rise in insecurity at the Venezuela-Colombia border.

On Friday, April 15, the Venezuelan Minister of the Interior, Justice and Peace, Admiral-in-Chief Remigio Ceballos Ichaso stated that 80% of the weapons that enter Venezuela illegally come from Colombia.

“What this Colombian narco-paramilitary government does is to constantly attack the people and the government of Venezuela,” the minister said during a television interview.

Ceballos explained that Venezuela and Colombia share a border of more than 2,219 kilometers, through which paramilitary groups move freely from the Colombian side, due to the non-existent security presence of the Colombian State at the border.

“We have a big problem,” Ceballos stated in regard to cross-border security and asserted that Venezuelan authorities must apply seizure strategies and engage in permanent combat against the Colombian armed groups.

The interior minister added that Venezuela has increased its war on Colombian drug traffickers. He reported that in 2021, over 50 tons of drugs were seized and, in the early months of 2022, the figure stands at 11 tons.

“Crime exists, but we are working every minute of every day against it, that is the order,” Ceballos said.

He also explained that Venezuela is now training more than 50,000 young people at the National Experimental University of Security (UNES), who will join the different security forces in the country.

“We have a student body of more than 50,000 young people who are studying to become police officers through various training programs,” Ceballos said.

The minister announced that his office is evaluating a process of academic renewal through which the new police officers can graduate as a Higher University Technician after a year and a half of training.

Effects of negotiations
Ceballos also talked about the advances in the negotiation processes taking place in the country. “Venezuela today is different, there are talks and negotiations to guarantee national unity and move towards a new productive model,” he said.

Admiral Ceballos also referred to the success of the Quadrants of Peace Mission. “With the citizen security policies that we have, we can say that we have traced a path—we have a route, and now we are incorporating the people in all that this great citizen security system represents,” he said. “That’s the key.”

Ceballos reiterated that, together with the people, thousands of troops and security officials have been deployed throughout the country to ensure peace and tranquility in Venezuela during Easter.