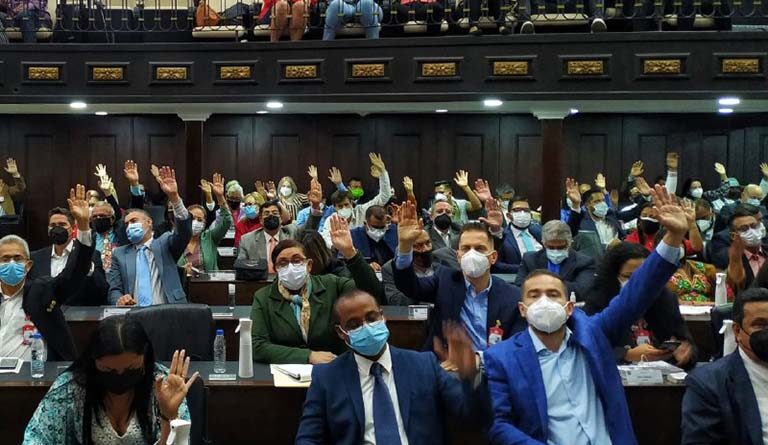 This Tuesday, April 13, the Venezuelan National Assembly (AN) approved the Organic Law of the National Communal Parliament after the first reading. This law aims to create spaces within the People’s Power where the various realities of each area of ​​the country can be debated and linked to Parliament to deepen democracy.

“On a day like today, this Parliament gives the people of Venezuela a fundamental instrument to deepen participatory and protagonist democracy as it is set out in the Constitution. I ask the deputies that this Law be taken to the whole country for the necessary (public) consultations,” stressed the president of the AN, Jorge Rodríguez.

For his part, the president of the Committee for the Development of the Communes, Luis José Marcano, stated that with great pride, “We believe that the exercise of citizen participation can transform society into an inclusive State and protagonist society. It is an instrument to fight against corruption, bureaucracy and to expand the mechanisms of participation in the resolution of real problems within the communities, a Parliament that guarantees the participation of the people for their collective well-being, which will be submitted to public consultation.”

Likewise, the deputy and vice president of the Commune Committee, Blanca Eckhout, explained during the debate that this bill seeks to build tools and generate a political, social and economic practice where citizens are protagonists, to realize the full exercise of power, through a rule of law and equality, to the participatory democracy to which Venezuela is committed.

“We have been in debate (already) and we now include this new project in the middle of the public consultation of Communal Cities. What is debated in the communes should be binding for the National Assembly,” she added.

Also, deputy Juan Carlos Sierra emphasized that it is necessary to recognize the democratic spirit of President Nicolás Maduro, who promotes the transfer of power to Venezuelans, from the communes so that they are part of the new political and social dynamics of the country.

Featured image: An image of the plenary session of the Venezuelan Parliament. Photo: Wilmer Errades.