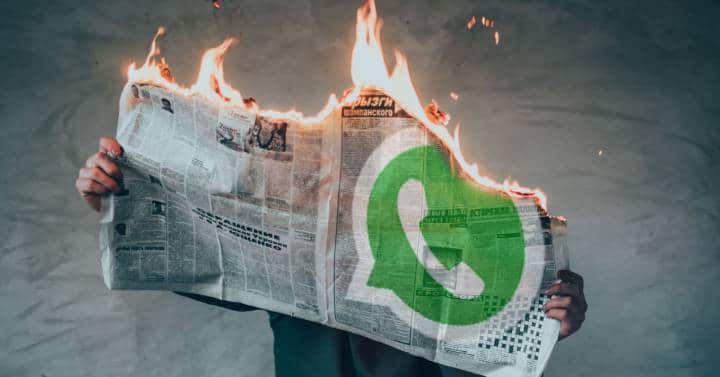 This Monday, April 12, before the Bolivarian Alliance for the Peoples of Our America-Peoples’ Trade Treaty (ALBA-TCP), Venezuelan Minister for Communication and Information, Freddy Ñañez, proposed the creation of an alliance to create a joint communication policy. The proposed alliance would allow not only to demonstrate the daily differences and similarities in points of view on economic, political and social issues, but would also facilitate the dismantling of fake news that seeks to promote hateful messages, creating “preludes to military invasions and economic aggression.”

At the meeting of high authorities of the Communication and Information Department of ALBA-TCP, Minister Ñañez expressed his conviction of the necessity to advance the cooperation of state and public actors to permanently host the political debate, to allow defense to be presented in a timely manner that corresponds to the media sieges by the large corporations that obey the imperialist tactics of the United States and old Europe.

“This is necessary for the cultural riches, social experiences, history, and the hopes for the future of our transformation projects,” Ñañez said. “These challenges that have occurred in the field of traditional mass media, today are shifting and present new dilemmas, with the emergence of social media networks, a phenomenon that ten years ago was celebrated as the panacea of absolute freedom. Over the years, in regard to controversial events, social media networks have been revealing their true character.”

In consideration of the need to sustain thriving democracies and the sovereignty of countries, added Ñañez, an important debate must be held at the social, political and technical levels, about this new form of “digital authoritarianism” in an era of data theft, where social media networks operate as genuine espionage agencies.

Ñañez emphasized that “nowadays, social media networks have abrogated the right to censor and stigmatize what is not relevant for corporate interests, which is to say what is not relevant for the North American empire. Therefore, although they provide an extraordinary opportunity to articulate and delve into this terrain of the battles of ideas, we must also think—in terms of State, government, and democracy—of the significance of social media networks. We have seen with amazement how social media networks behave like super-governments, using cyberspace, deciding who to silence and who to give the floor to, and against whom smear campaigns are undertaken.”

He recalled that recently President Nicolás Maduro’s Facebook account was blocked for reporting a Venezuelan-engineered retroviral called Carvativir, and previously also for mentioning a Venezuelan-engineered medical treatment with the R10 molecule. It is a powerful recognition that, at a time when the world is experiencing a terrible pandemic, where solutions and alternatives are urgent, an algorithm from Facebook and social media networks pursues messages presenting alternatives for our countries facing this pandemic.

Minister Freddy Ñañez stressed that “concerning this digital authoritarianism that widely promotes hate campaigns, fake news, manipulates public opinions, and generates a state of vulnerability in our populations, it is necessary to update our thinking, our philosophy, and how this corresponds to our legal framework, to continue strengthening communications. Today it has been shown that there are no small countries, that we are all part of this same ship that is planet earth, and we all have something to contribute to the inexorable challenges that humanity faces with respect to climate change, and in the need to build fairer societies.”

“Today the world requires constructive answers, and they will not emerge from the models of capitalism or its neoliberal version, which have demonstrated their incompetence when facing big problems, and that have revealed their true face, which is contempt for the most vulnerable people, contempt for the peoples of the world,” he added.

“If the war began with lies, peace must begin with the truth,” concluded Nanez emphatically. “We must fight for the truth of our peoples, for a world based on political, social, and cultural diversity.”