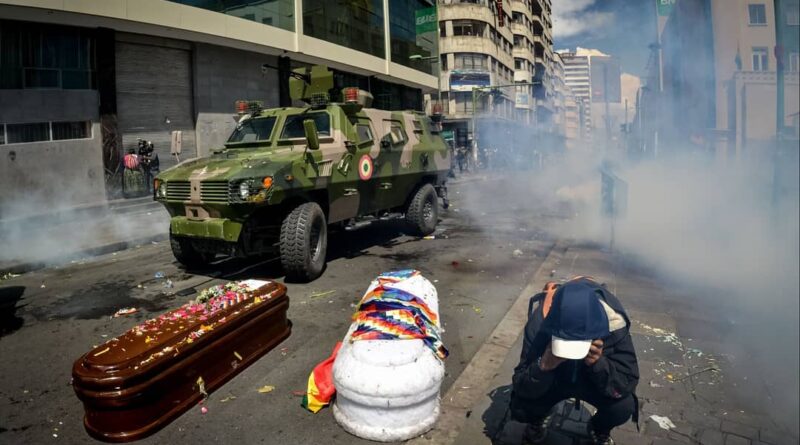 On Wednesday, August 18, the Foreign Affairs Minister of Venezuela, Jorge Arreaza, spoke  in favor of investigating the Secretary General of the Organization of American States (OAS), Luis Almagro, for his role in the coup against Evo Morales in November 2019, and for supporting the de facto government of Jeanine Áñez and her human rights violations.

The statement was made by Arreaza in a tweet published this Wednesday that read: “the Interdisciplinary Group of Experts of the IACHR [Inter-American Commission on Human Rights] confirmed serious human rights violations in Bolivia during the de facto government. It is therefore appropriate to investigate @Almagro_OEA2015 [Luis Almagro], as an official of the inter-American system itself, as jointly responsible for the coup and defense of Añez’s government.”

On Tuesday in Bolivia, the report of the Interdisciplinary Group of Independent Experts (IGIE) of the Inter-American Commission on Human Rights was released, which confirmed that in 2019 there was a coup in Bolivia, followed by serious human rights violations, massacres, and executions—all constituting extrajudicial actions by the de facto government.

The President of Bolivia, Luis Arce, who reported that a high-level commission will be established to receive victims’ testimony and determine reparations due to them, urged the Prosecutor’s Office to implement the actions recommended by the experts. Arce pressed the Legislature to advance in its judgment of responsibilities in the matter, to establish the authorship of the crimes, and the appropriate response to these serious human rights violations.

Jeanine Áñez, a puppet president imposed by the United States government, with the OAS’s Luis Almagro serving as the international and diplomatic white-washer, was found responsible for serious human rights violations including the tragic massacres of Senkata and Sacaba, in which at least 38 Bolivians were killed.

Featured image: Repression in La Paz during a funeral service for victims of Jeanine Anez’s regime in 2019. Photo courtesy of Twitter/@AbadMiranda .