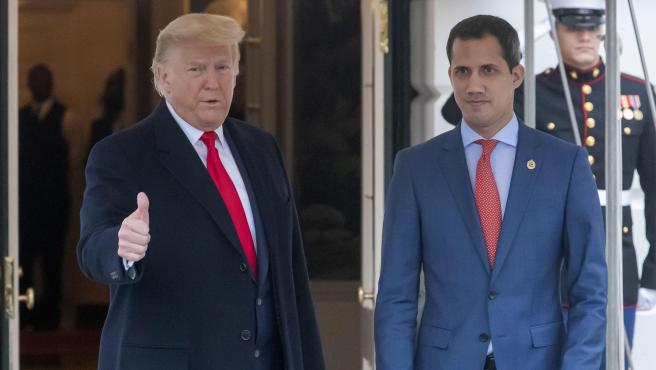 Venezuelan Attorney General, Tarek William Saab, announced that the opposition deputy Juan Guaidó was summoned next Thursday at nine in the morning, to make statements to the Public Ministry about his alleged participation in the attempted coup and plan of assassination against President Nicolás Maduro, confessed by retired Venezuelan military member and currently top anti-Chavista mercenary, Clíver Alcalá last week.

Clíver Alcalá Cordones, organizer of the operation, revealed last week to a Colombian radio network that the plan was done in Colombia, with the collaboration of the United States and Juan Guaidó himself, for which mercenary training camps were installed in the neighboring country, with American advisers. The acquisition of a military arsenal in Paraguachón, on the border with the state of Zulia, was planned, but the weapons valued at $ 500,000 were seized by the Colombian transit police on March 23 on the Ciénaga-Barranquilla highway in a coronavirus check-point.

Acalá revealed he purchased weapons on Guaidó’s behalf in order to carry out a US-directed attack in Venezuela https://t.co/baLzW0Z69g

Alcalá’s confession also comes hours after the US government issued an arrest warrant against him, offering a reward of $ 10 million, making him fear for his life but also providing him with the perfect excuse to evade Colombia’s justice and media attention.

Hours after the confession, Alcalá turned himself in to Colombian authorities , who in turn turned him over to the DEA (Administration for Drug Control, a US body), who took him out of the country on an exceptionally permitted flight, despite coronavirus restrictions in Colombia.

This Tuesday, the Venezuelan Attorney General confirmed that arrest warrants were issued this week against Alcalá Cordones and the second commander of the operation, Antonio José Sequea Torres, alias León, for the crimes of treason against the homeland, illicit trafficking of military weapons, terrorism, assassination attempt and association to commit crimes.

With respect to the revelations that Alcalá Cordones made to a radio station in the neighboring country, Saab indicated that in the face of this statement, the United States “will not have the moral or legal capacity to change the version (Alcala) gave in Colombia where he confesses US participation in the plot.” He points out that the United States government “is an interested party , because an US mercenary linked to the plot is pointed out, and the interested party cannot handle the evidence. It is impossible at the legal and criminal level.”

Alcalá Cordones, “upon finding himself discovered in this arms trafficking to Venezuela, decided, from his home in Barranquilla, and free from coercion and urgency, to declare to a radio outlet that the activity he carried out was intended to overthrow the president of the Bolivarian Republic of Venezuela, Nicolás Maduro, and to proceed to assassinate him among the main authorities of the Venezuelan state,” Saab said.

The Attorney General indicated that Alcalá Cordones confirmed the existence of a contract that was signed by Guaidó and US mercenaries. It is worth mentioning that last Thursday, the Public Ministry opened a criminal investigation against the deputy to the National Assembly, Juan Guaidó, and against Alcalá Cordones, for their participation in this conspiracy plan.