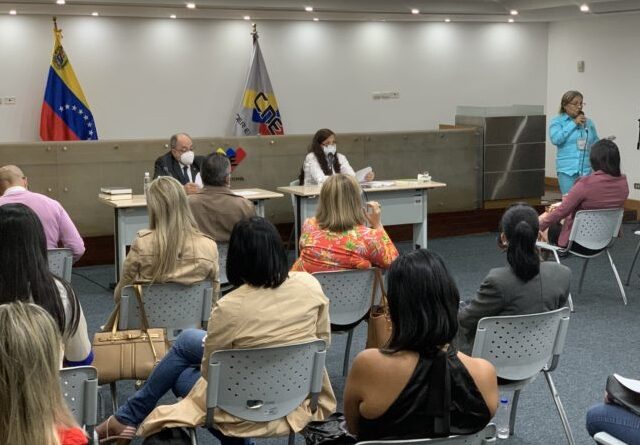 On Thursday, July 29, the National Electoral Council of Venezuela (CNE) presented instructions for gender equality and alternate nominations. The intention is to guarantee the rights of women in the next municipal and regional elections scheduled for November 21 (21N).

The head of the CNE, Tania D’Amelio, was in charge of presiding over the act, Gender Equality and Alternate Nominations to Guarantee the Rights of Political Participation in Regional and Municipal Elections 2021.

“Gender equality represents a challenge for the country, for the CNE,” D’Amelio said. “Not only because of the electoral responsibility that we have to perfect the electoral system, but also as part of a drive that prioritizes gender equality and the empowerment of women to further consolidate democracy.”

D’Amelio indicated that the instructions on joint and alternate nominations for both sexes is already available on the website of the Electoral Power. At the same time, she emphasized that they will not be able to nominate candidates if gender equality is not met.

These instructions are approved by consensus as part of the CNE’s commitment to ensure parity between both genders and to assert the leading role of women.

Likewise, she detailed that the applications must be 50% for each sex, and if this is not possible, there must be a minimum of 40% and a maximum of 60% for each sex.

The regulation states that “these formulas apply to the nominations of the main and alternate candidates, whether they are nominated by list or by name.”

D’Amelio added that political organizations cannot claim that they do not have women to run for office. Furthermore, the parity may not be altered in the periods of modification or substitution, which asserts the importance of this new rule. She also stressed that they will not accept excuses like the old excuse of “there are not enough women.”

“For us, this process becomes a mandatory process for women… At the time of registration, applications that do not comply with gender parity cannot be accepted,” she pointed out.

Therefore, she stressed that she hopes that by August 9, when the nomination process begins, political organizations will take this regulation into account so that women are more seriously considered for this new electoral process.