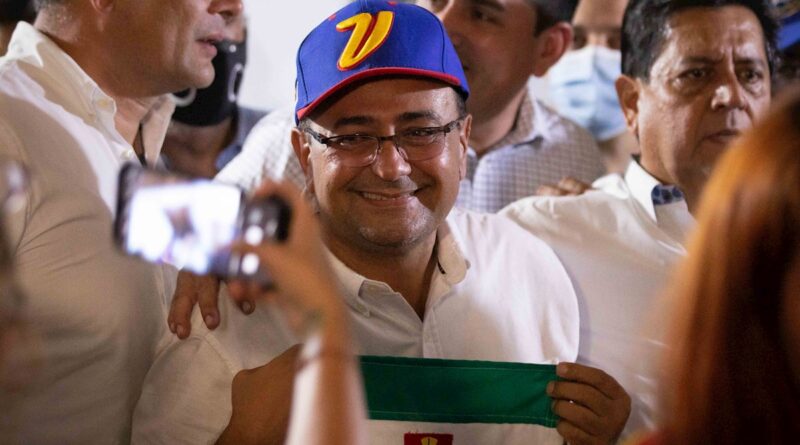 This Monday, January 10, the regional authorities of the National Electoral Council (CNE) in the state of Barinas delivered its accreditation to Sergio Garrido (MUD) as the new governor of the region in Venezuela’s Llanos [plains].

The proclamation ceremony took place in the afternoon at the Regional Electoral Office, located on Industrial Avenue, in the capital city of Barinas.

Garrido was accompanied by the opposition leader, Freddy Superlano, among other members of extreme-right electoral platform Democratic Unity Roundtable (MUD).

During this Sunday’s elections, Garrido obtained 55.36% of the votes, defeating PSUV candidate, Jorge Arreaza (41.27%), in a controversial election redo mandated by a Supreme Court (TSJ) ruling a few days after the 21N regional elections. According to CNE data the turnout for the redo election was 51.89%.

The new governor expressed his willingness to come to terms with the national government, chaired by Nicolás Maduro, to solve the problems of the people of Barinas.

“We are going to make alliances with private companies, with some embassies,” Garrido said. “We also have to understand each other, with the national government, to attend to and seek solutions for all the people of Barinas.” Garrido did not provide any further details about which embassies he was referring to. However, many analysts imagine the reference was aimed at European Union diplomatic missions that have supported the failed US “regime”-change operation using former deputy Juan Guaidó.

Garrido said that his government will be inclusive, peaceful, and committed to working for the state’s development. Before the proclamation, Garrido went to the Cathedral of Barinas and attended mass.