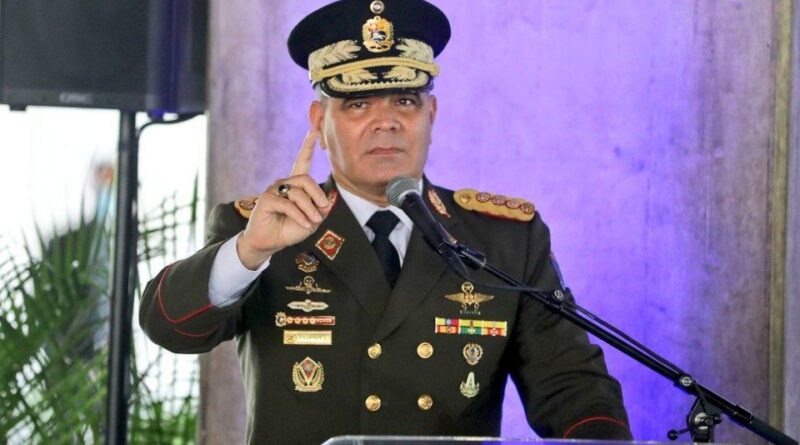 This Wednesday July 14, Venezuela’s Vice President for Political Sovereignty, Security and Peace, General Vladimir Padrino López, referred to the arduous battle that the Bolivarian National Armed Force (FANB) is fighting against Colombian terrorist and paramilitary groups. In this regard, he reported that the FANB have captured 11 criminals in Apure state, and they are already in Caracas.

“There are those who think that we have surrendered the sovereignty of Apure,” said General Padrino. “No! We have not surrendered our sovereignty. We are doing the necessary work and since last Sunday (July 11) we have captured 11 individuals (paramilitary criminals) in Apure state, from the same small group that attacked us [before], who intend to occupy Venezuelan territory. There are 11 and they are already here in Caracas.”

This week the president of Venezuelan National Assembly (AN), Jorge Rodriguez, while explaining the connections between right-wing Popular Will party members and the terrorism inflicted upon Caracas residents last week by the El Coqui paramilitary gang in the west of the city (Cota 905), mentioned briefly that, in parallel to the violent incidents reported in the capital, there were similar incidents in Apure state.

Through the FANB Twitter account @PrensaFANB, General Padrino, Venezuela’s Minister of Defense, specified that weapons, assault rifles, ammunition and grenades were seized from these terrorists.

He referred to the criminal paramilitary network as “armed groups dedicated to drug trafficking, terrorism, who assassinated our military with inhumane, perverse practices, using explosive devices.”

Vladimir Padrino López recalled that there are wounded, mutilated soldiers, and men who offered their lives in Apure, while highlighting that it is a Constitutional mandate for the FANB to preserve and defend the national sovereignty of Venezuela.

“Whatever the armed group that operates there is called, for us they are paramilitaries, drug traffickers, and they have dared to violate and step on our sacred soil, and that cannot be allowed,” he assured.

Consequently, he mentioned that the responsibility for bearing arms on behalf of the Bolivarian Republic rests with the FANB, so that “an armed group that is extorting or causing terror in the population must be confronted with force and without hesitation.”

Likewise, speaking of criminal urban gangs, Padrino López asserted that they do not operate alone, but receive financing and are backed by political interests that seek to undermine the peace of the Republic.