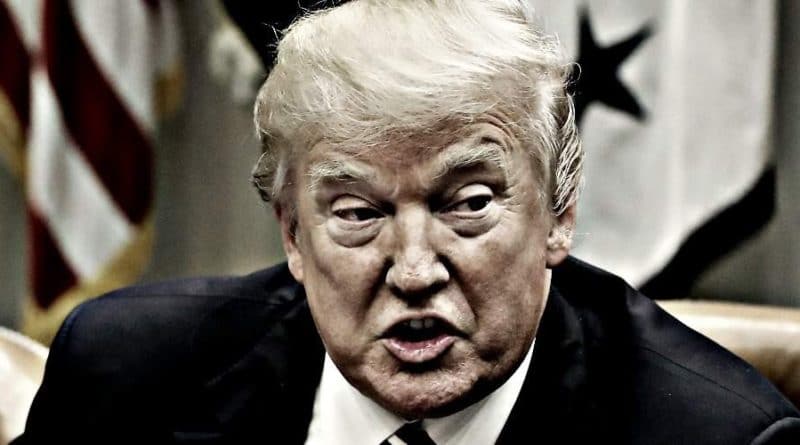 Latest gaslighting efforts comes less than one day after order to have nonviolent civil rights protesters swept off the streets of Washington, DC in a volley of rubber bullets, tear gas, and flash grenades.

President Donald Trump has been an overtly racist political figure since before taking office and has continued that pattern since winning the election in 2016.

RELATED CONTENT: Piles of BRICKS Mysteriously Sprouting up Near Riot Hotspots all Over – US Journalists Demanding Answers

Despite that record—which has been exhaustively documented (for starters here, here, and here)—Trump on Tuesday declared in a mid-afternoon tweet that his administration “has done more for the Black Community than any President since Abraham Lincoln.”

The comment comes just a day after the administration had peaceful Black Lives Matter protesters in Lafayette Square—nonviolently assembled to denounce racism and police brutality—violently swept off the streets in a volley of rubber bullets, tear gas, and flash grenades.

Amid Trump’s ongoing assault on the U.S. Constitution and persistent threats to bring the U.S. military to bear against the protest movement nationwide, the claim to greatness—one Trump has tried to make repeatedly—was met with derision.

More than half of African-Americans are out of work right now. Black Americans are 3x more likely to die from COVID-19 due to centuries of systemic racism and neglect and also by Trump's delayed + inadequate response. He ordered in the military but he couldn't order in the PPE. https://t.co/u4h7uwNI0T

Others will point out the various absurdities in this, but I'll take the unemployment talking point:

The current unemployment rate for Black people is 16.7%.

The employment-population ratio is 48.8% (in other words, more than half of Black adults are out of work). https://t.co/fvujQMLoYd

It also provided a tax break for Jared Kushner. https://t.co/rNCe9FhK6F

And many others were less precise on the specific policy points, but more succinct on the emotional reaction. “We hate you, you racist piece of shit,” said one respondent.