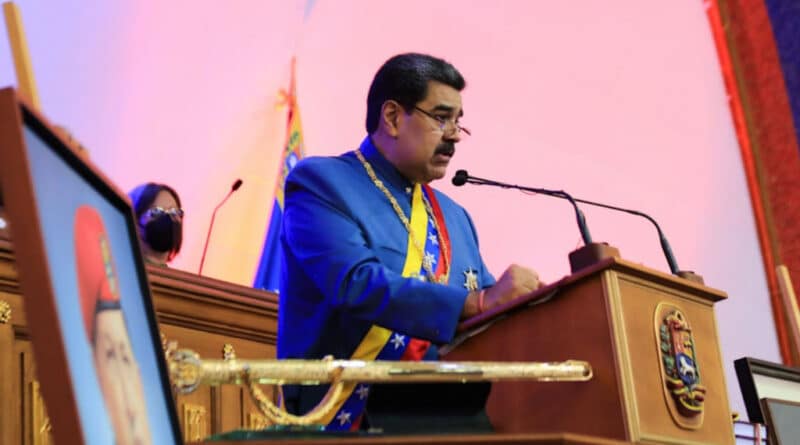 This Tuesday, January 12, at the beginning of his annual address to the nation before the National Assembly (AN), President of Venezuela Nicolás Maduro celebrated his return, after five years, to the plenary session of the Legislative Power.

“We are back, we are here,” said the head of state. “I have come here, again, as mandated by the Constitution, to render accounts to the country before this new National Assembly, elected by popular vote on December 6.”

This return takes place after the parliamentary elections held on December 6, a process through which a new AN with a revolutionary majority was elected.

President Maduro hadn’t presented his annual address to the nation before the AN since 2016. In 2017 the summary of his management was presented before the Supreme Court of Justice (TSJ,) because the representatives of the Legislative Power at that time were in contempt.

During the years 2018, 2019 and 2020, the Chief Executive presented his annual address to the National Constituent Assembly (ANC).

Vuelta a la Patria program to triple its work

The President also announced that starting on February 1, a new phase of the Vuelta a la Patria program will be launched, tripling the number of flights and outreach efforts for Venezuelans who want to return home for free.

From the Federal Legislative Palace, the Head of State reported that fellow Venezuelans have registered in different Consulates of Venezuela to return to the country from Ecuador, Peru, Chile and other countries on the continent, and he urged the Ministers of Transport and Relations Affairs to refine this plan and expedite their return.

“Refine the program, because as of February 1, a plan will begin to triple the number of flights returning nationals residing in Latin American countries,” he announced.

Featured image: Venezuelan President Nicolás Maduro delivering his annual address to the nation before legislators of the National Assembly in Caracas, on Tuesday, January 12, 2021. Photo courtesy of Cubainfo.