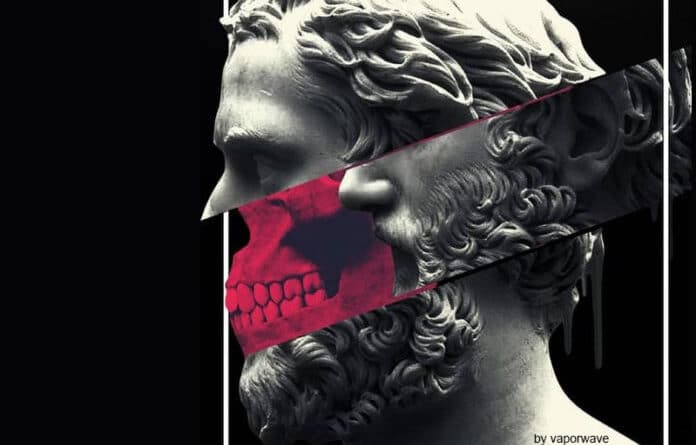 Important spokespeople of the Venezuelan State repeat that “sometimes it’s the time for justice, and sometimes it’s time for politics.” In view of this phrase—one of the most famous of the current political era—some understand that the former may be quicker than the latter. But it seems to be more and more evident that the true meaning of this saying is that the time for justice depends on politics, and, therefore, keep it on the backburner.

In this sense, the time for justice is, say, the five years that a trial lasts (this is just an example), but politics can reduce it to a week or even to nothing.

There are plenty of examples of the latter in the history of mankind. There are thousands of ruthless killers and corrupt people who were never prosecuted for their crimes, or if they were, they were not punished. They died of old age, with attention lavished upon them in gilded exile, or in their own countries, protected by impunity.

We could mention countless cases from Latin America, but it’s enough to look at the reviews of Joe Biden’s inauguration, where three former presidents who ordered the killing of thousands or millions of human beings were invited as great lords of democracy and progress: Bill Clinton, George W. Bush and Barack Obama. In these cases, politics manages not to even consider activating the mechanisms of justice. Moreover, Obama was even awarded the Nobel Peace Prize—but that’s another topic.

In any case, let’s move on what concerns us more directly: the times of justice and politics in Venezuela. The difference between the two has been exposed as an explanation as to why the perpetrators of a string of crimes that would shock the most infamous criminals and corrupt personages in our history (very prolific in those fields) are still free or have managed to “escape.”

The authorities in charge of the matter do not say it directly, but for a time (which may not yet be over) that laxity had geopolitical causes, related to direct and very credible threats from the imperialist power. “If they do anything to our boys, we’ll invade them,” one can imagine serial genocider Elliott Abrams —also an expert on destroying countries— saying.

Some US spokespeople, such as virtual ambassador James Story, have openly launched the threat, insinuating that the onslaught to free the hypothetical prisoner would come from Colombia, which is very plausible because it is the same country where an assassination, a concert-invasion and a mercenary invasion were planned, in addition to other plots that we don’t yet know about. The fact that the first ones were bungled doesn’t mean that we should let our guard down.

Seeing that this is the case, any mother or father of a family can understand the advantages of tactically slowing down the advance of justice. It’s a matter of acting in defense of the best interests and the integrity of the people under one’s responsibility. The picture becomes equivalent to a hostage situation: the kidnapper is pointing a gun to the head of an innocent person and one accepts to do his will. In such a situation it’s reasonable to postpone the rendering of justice in order to avoid the conventional imperialist policy, that of war.

Last year, in view of the outcome of the parliamentary elections, some believed that the time of justice and that of politics could synchronize as of January 5, when the National Assembly (AN) elected in 2015 would see its mandate expire. But it’s obvious that this has not been the case. The now renewed national political forum has done what all deliberative bodies do: appoint a commission to investigate what everyone already knows. In other words, an elegant way of justifying the prolongation of the political timing that keeps justice at a standstill.

Following that date, analysts and commentators raised the hypothesis that under Donald Trump, the judicial measures against subjects—who, by the way, continue to accumulate crimes to their record—would take place. This clamor was expressed in the new AN by Deputy Iris Varela—fulfilling her role as “la Fosforito“—who proposed to give a term of 48 hours for the competent entities to act in that sense. It is well known that the flame of a match does not last long, unless it manages to set the prairie on fire, which was not the case.

It seems clear that “politics” needs more time, perhaps to give the benefit of the doubt to the new US government. That is, to the hope (which is the last thing to be lost) that Biden will be different from Trump, although his Secretary of State, Anthony Blinken, has already shown signs that it will not be so, at least as far as Venezuela is concerned.

One can speculate (there is no other option) that impunity will continue to prevail while Venezuelan diplomacy tries to convince the new US president that things can be handled better with us than the uncouth predecessor and his team of psychopaths did. That time, by the way, could be indefinite, not to say infinite.

Why is the political-justice gap not understood? In my opinion, there are three fundamental reasons why the population in general, and particularly Chavistas, face great difficulties in understanding this justice-politics gap.

The first is because justice has shown that it can be quick and implacable when it wants to be. All it takes is a viral video for it to be served with a bang. Sadly, it always shows its speed and severity when it comes to poor people without godfathers, an old hindrance that has not been overcome after 22 years of Revolution. Sadly, this must be recognized.

The second reason is that goodwill actions (implicit in the suspended justice) have never been reciprocated by the empire and its satellites and lackeys. It has been of no use to free or grant procedural benefits to alleged political prisoners, some of whom later reoffend or escape. Nor has the strategy of not putting behind bars those who merit imprisonment worked. On the contrary, the more acts of magnanimity there are, the more they tighten the screws of unilateral coercive measures, blockade and interference. The more sympathetic the attitude towards these characters, the more Venezuela is accused of having a fierce dictatorship.

So, this does not look like a political negotiation, but rather it continues to look like a vulgar kidnapping in which, no matter how many concessions are given to the criminals, they continue, systematically and mercilessly, torturing the hostages. And in this case, the hostage is the people as a whole, whose life is made unbearable.

The third reason, surely the most controversial, is constant communication by the authorities, presenting denunciations of all the offenses of the criminal gang, and all their violations against national interests.

The crimes and modus operandi are presented in great detail, demonstrating that the State is always carrying out very exhaustive investigations, that it is fully aware of how the plundering of public patrimony has been perpetrated, in complicity with the filibustering governments of the North.

This leads many people (both locals and strangers) to ask themselves why these announcements are always limited to denunciations. Why not to take action, and exercise the legitimate powers of the organs of the state at their disposal?

To limit oneself to denunciations is understandable in entities without real power for judicial action, such as civil sectors, political parties and the media, but it’s difficult to digest when the Public Prosecutor’s Office, the courts and the Government do it. It is as if the referee of a soccer match “denounced” by means of a megaphone the stomping and the slapping of the players against each other, instead of whistling the foul, giving them a yellow card or a straight red card.

At this point, it’s even more incomprehensible that action is taken against the accomplices [of the criminal], going as far as requesting the collaboration of Interpol (since they are outside the country), and that the same isn’t done with the person identified by those same authorities as the main perpetrator of the punishable acts, who, presumably, is in the country… Unless he has also “escaped.”

It’s already been said too often, but it’s worth repeating: if the time for justice and that for politics aren’t brought into harmony, the morale of the victims (of the people) will continue to dwindle to the point of being completely lost, and the ambitions of the criminals who enjoy a free pass will increase. The most obvious conclusion is that—at least so far—when politics comes into play, the time for justice is never.