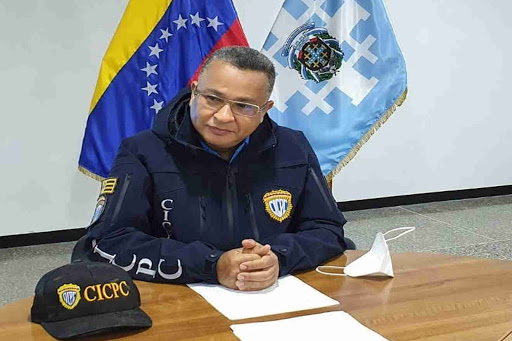 This Monday, April 26, the national director of the Scientific, Penal and Criminal Investigations Corps (CICPC in Spanish), Commissioner Douglas Rico, offered important details concerning the events that took place last Thursday, when officials of the aforementioned organization were ambushed by armed groups located in the Cota 905 and El Cementerio sectors.

Below is a summary of the key comments that Commissioner Rico issued during a program that was also broadcast live on Instagram:

-“On Thursday [April 22], a CICPC commission was, undoubtedly, ambushed by a group of criminals who inhabit the sectors of 905 and El Cementerio.”

-“We have identified a vast majority of the individuals who dwell in these sectors.”

-“We are aware that many more young people from other sectors have come to these areas.”

-“Strategically speaking, there are operations that cannot be carried out because I am not going to risk the lives of more officials.”

-“The CICPC is right now carrying out an investigation, not only of the security agencies involved, but a high-level study that could lead to talks so that this group of people could lessen the hostile attitude that they have maintained in the city of Caracas.”

-“There is currently a process of negotiation with this criminal organization installed in the area so that, in principle, they can change their attitude and hand over their weapons.”

-“I must warn that, in this case, there are no ‘free electrons’ within any of the security organizations, no officials or no director of any police citizen security body can carry out actions without the proper authorization.”

-“I have little respect for the criticisms, because the group of men and women who work at the CICPC, many of them brave men and women, with guáramos [bravery and mettle] as we would colloquially say; they know their police strategy and know when is the right moment when they must act, always adhering to the law and with discipline. As an institute for citizen’s security, the armed forces must have discipline and follow orders from their superiors.”

-“In my capacity as director of this organization [CICPC], I know that everything comes to an end point with which many people have been restless, and I congratulate [sic].”

-“As I said in a meeting with the security bodies, I applaud and sympathize with those men who unfortunately were ambushed, and our two officials who were wounded, and whom with courage and gallantry were able to resist a criminal action in the middle of an ambush. Thank God no one died.”

-“We are providing them with all the care and necessary medical support and are working to restore them to their normal capacity. They have already recovered; they have been recovering little by little and, within a few days, both officials who are hospitalized in a clinic in Caracas will be discharged.”

-“I am not going to delve further into the matter. I think I have said what I had to say and we will continue working, not only to maintain peace in Caracas but also in the rest of the country.”

-“So to those who write and insult, and who are unaware of police strategies—because many people residing outside the country live by criticizing; they seem to have an opinion, but they ignore police strategy—well I am not going to pay attention, because that is what happened. They ignore the extensive police training that we have had here in our country.”

-“Always thinking about peace, because our government is a government of peace, that is why I mention that talks are being held as a first measure, which is the best way to achieve the objectives of a salutary peace. Communication, conversation, and dialogue are the best way to achieve peace. That will be the main component in all cases, and in all the negotiations that the government has been conducting, with each and every person who must understand that what should prevail in our country is peace.”