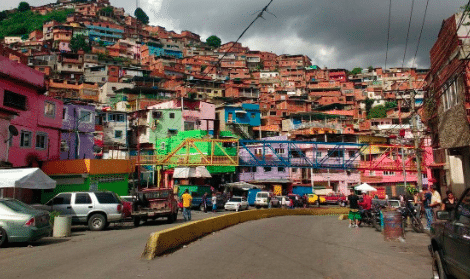 On Saturday, April 3, a lieutenant of the Bolivarian National Guard (GNB) detained an adolescent allegedly committing an act of robbery in an area adjacent to Cota 905 neighborhood in Caracas. Crime reporter Román Camacho wrote this on his Twitter account where he was reporting on recent events in the region.

Subsequently, a group of GNB agents went to the National Guard Polyclinic, located in El Paraíso (near Cota 905), where earlier the lieutenant had detained the adolescent, possibly a member of a gang that operates in that sector. According to Román Camacho, the officials would be on watch around the said clinical center.

“GNB agents would be guarding the GNB Polyclinic in El Paraíso, adjacent to Cota 905, since a lieutenant had arrested a teenager who was committing robbery in the area,” wrote the journalist on Twitter. “They presume that he is a garitero (informant) of the gang operating in that area,” he added.

In another tweet, Camacho commented that “several people have come to demand his release.” He added that “CICPC commissions arrived at the site to maintain peace in the sector. Until now the area remains calm.”

“This could be related to the arrest of a minor close to the GNB Clinic in El Paraíso. At this moment, traffic movement is restored on the North-South highway and no hostile activity is reported,” he added later in another tweet.

Featured image: Cota 905 in Caracas: Criminal gangs linked to Colombian paramilitary, US intelligence, and drug trafficking are active around this neighborhood. File photo.