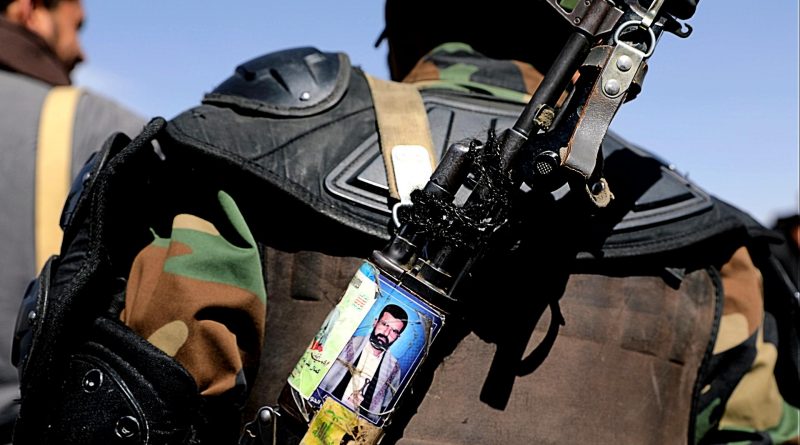 Sana’a (AM) – Following his country’s attack on Aramco, President of Yemen’s Sana’a government, Mahdi al-Mashat, announced that his forces would halt all attacks on economic targets if Saudi Arabia, the United Arab Emirates, and their coalition partners agreed to stop attacking civilians. The Saudi coalition responded by bombing civilian homes.

Armed Forces spokesman Brigadier Yahya Sare’e confirmed on Wednesday, that the US-Saudi aggression launched more than 36 airstrikes during the past 12 hours.

The aerial aggression targeted Saada, mostly on Ketaf with 30 air raids. It launched four raids on Nehm district in Sana’a and two raids on Haradh district in Hajjah.

Brigadier Sare’e said that the air raids caused great destruction in the farms and property of citizens.

This comes in light of the truce that was declared by the President Mahdi Al-Mashat, on the eve of the fifth anniversary of the Sept 21 revolution. The Yemeni Armed Forces unilaterally halted ballistic missile and drone attacks on Saudi Arabia, which Riyadh did not take it seriously and continued to launch its raids and crimes against civilians.

RELATED CONTENT: Iran: US, Israel and Allies Losing Across the Region

Since the truce was announced, the aggression has launched about 150 raids during the past four days. This resulted in killing 22 civilians, including many women and children, and wounding 15 others, according to statistics of the United Nations.

The death toll of US-Saudi aggression airstrikes that targeted a citizen’s house in Al-Dalea governorate has risen to 16 martyrs, mostly women, and children.

“The victims toll of the aggression airstrikes on the house of Abbas al-Halmi in Qatabah, Al-Dhalea governorate, is 16 martyrs, including 7 children, four women and five men, while one of the paramedics was wounded after targeting them with two airstrikes this morning,” Armed forces spokesman Brigadier Yahya Sare’e said in a brief statement.

On Monday, the US-Saudi aerial aggression committed a horrific crime in Al-Sawad area, Amran governorate, where seven citizens, including women and children of the same family, were killed. The aerial aggression doubled down on its crime, chasing the family, a nomadic family, inside a mosque after fleeing their tent due to aggression raids in the area.

Two citizens were also killed after the aggression targeted their car with a missile in Al-Adi area of Harf Sufyan district on Sunday evening.

The US-Saudi aggression commits these massacres ignoring President Mahdi al-Mashat’s initiative to halt strikes on Saudi Arabia in return for an end to the US-Saudi attacks on Yemen.

“We will wait for the favor to be returned with a similar or even better one by [Saudi Arabia] announcing a halt to all sorts of airstrikes against Yemeni territories,” President Al-Mashat said on Friday night.

He further confirmed, “we would not hesitate to launch a period of great pain if our call for peace was ignored.”

Following the initiative, the aerial aggression has stepped up its raids on various Yemeni governorates launching more than 100 airstrikes during the past three days. It also continued to violate the ceasefire, committing crimes in Hodeidah governorate, which observers saw as a practical refusal.

According to Reuters, 12-year old child Abdullah lost his left leg in an airstrike three years ago. Reuters noted that the continuation of aggression for four and a half years prevented him from receiving proper healthcare and therefore the child has waited for two years to get an artificial leg.

In 2016, Abdullah, his parents, and eight brothers left their home in Haradh border district because of the continued shelling. They moved to live in his uncle’s house but one night in September, just before Eid al-Adha holiday, the house was hit by US-Saudi airstrikes.

The United Nations says tens of thousands were killed and millions were displaced in the war in Yemen, which is raging between what it called the Houthi group and the Western-backed Saudi-led coalition.

It’s worth noting that the US-Saudi aggression that started over four years ago, has destroyed the infrastructure and killed children and women and targeted factories, mosques, bridges, cities, villages, roads. It directly targets children directly, as happened in August 2018 when the coalition targeted a school bus in Dahyan city carrying a large number of children, killing 52 children.