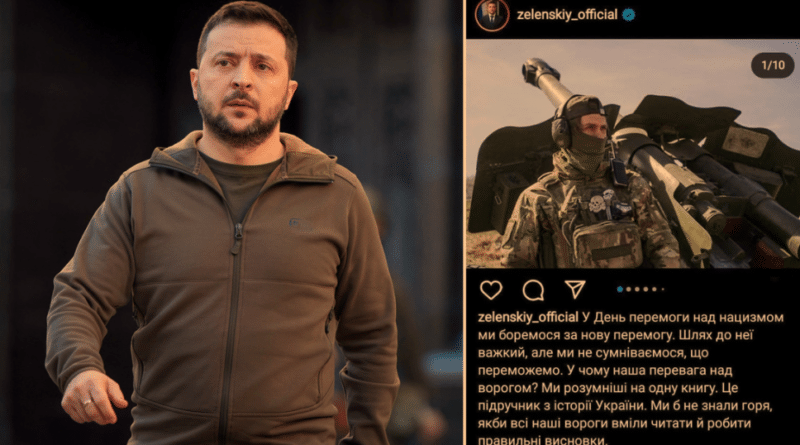 The president of Ukraine, Volodymyr Zelensky, saluted the nation for the Day of Victory over Nazi Germany with a photo of a Ukrainian soldier wearing Nazi symbols on his uniform.

The image that was published contained a soldier in uniform standing in front of some heavy artillery. On his chest there was clearly the insignia of the Totenkopf unit. This symbol, which is a skull and crossbones, was the insignia of one of the Waffen SS divisions, and of the SS organization responsible for the administration of concentration camps.

After several complaints about the photo due to the symbol’s associations with Nazism and its wide use among neo-Nazi groups, the president’s public relations service decided to replace it. The image was displayed on Zelensky’s account for about half an hour.

One of the declared objectives of Russia’s special military operation is denazification. Extremist nationalism has a long history in Ukraine and became even more prominent after the coup in 2014. Far-right ideology has been widely disseminated among the Ukrainian military and throughout the structures of the neo-Nazi Azov battalion.

Featured image: An image of Ukrainian President Volodymyr Zelensky (right) and a screenshot of the soldier wearing Nazi insignia which was posted on the Day of Victory over Nazi Germany. Photo: @zelenskiy_official/AP.