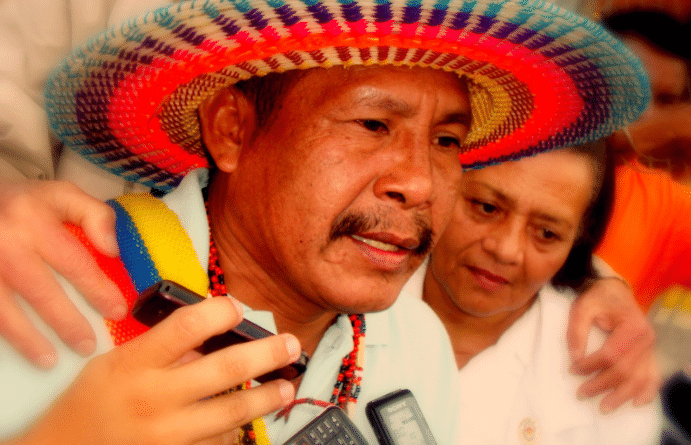 The Criminal Chamber of the Supreme Court of Justice of Venezuela has confirmed the sentence of 30 years in prison for Ángel Antonio Romero Bracho for the killing of Sabino Romero, a chieftain of the Shirapta indigenous community, in Machiques, in the state of Zulia.

As reported by the journalist Eligio Rojas, Sabino Romero was killed on March 3, 2013, as he made his way across the Los Ángeles sector in the Sierra de Perijá. The attack, which was carried out from a motorcycle, also injured Lucía Martínez, Sabino’s wife.

Scientific, Penal, and Criminal Investigation Service Corps (CICPC) managed to detain Ángel Antonio Romero Bracho four months after the assassination. Other individuals were also detained for their links to the event, including several policemen.

Ángel Romero Bracho was charged with being a hired killer, criminal association, and personal injuries, felonies for which he was given the maximum possible sentence within the Venezuelan justice system.

In August, 2013, the Prosecutor’s Office presented the accusation against Romero Bracho. The trial began in June, 2014 and finished in August, 2015, with a final sentence of 30 years in prison.

The final appeal presented during the trial was based on the claim that a key witness had not been called to testify. The jury, however, concluded that “it was a generic and baseless complaint,” which led them to conclude that the appeal was inadmissible.

Yet, even though the Venezuelan justice system has firmly applied the law to Ángel Romero Bracho for the killing of Sabino, the question remains: who paid for the murder to be carried out?