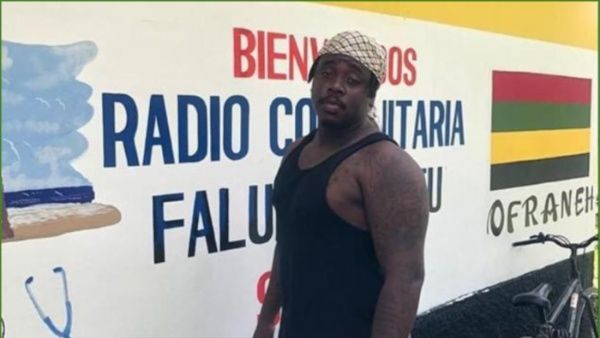 Tegucigalpa, July 18, 2020.- Four leaders of the Garifuna ethnic group from Honduras were kidnapped this Saturday in the Caribbean community of Triunfo de la Cruz, activists from non-governmental organizations and the Ministry of Human Rights reported.

In the midst of the Covid-19 pandemic, an armed group arrived in Triunfo de la Cruz, some 220 km north of the capital Tegucigalpa, “and took the leader, Sneider Centeno, president of the community’s Board of Trustees and an active member of the Black Fraternal Organization of Honduras (OFRANEH), among others,” the Garifuna leader Miriam Miranda reported on her Twitter account.

“We demand his prompt return alive,” she added.

The Ministry of Human Rights said in a statement that it requested the “State security organs to initiate immediate actions that would allow .. the whereabouts of the people be found and to identify those responsible.”

The kidnapping was carried out by armed people wearing vests from the Police Investigation Directorate (DPI), they said.

According to social media posts, the alleged agents came to the home of each of the four Garifuna and took them away.

In 2015, the Garifuna community of 10,000 inhabitants won a lawsuit in the Inter-American Court of Human Rights that forced Honduras to grant it “a collective property title” over the territories where they live.

The Inter-American Commission on Human Rights managed to verify that the State intended to strip the Garifuna of their lands in order to promote the construction of large tourist projects in this natural area.

“They took three colleagues from the community. They took away the President of the Board of Trustees, Sneider Centeno, they took away Milton Martínez and Suany Álvarez, who were defenders of the community’s Land Committee,” Cesar Benedith of the Black Fraternal Organization of Honduras, Ofraneh told Radio Progreso.

According to the Ofraneh leader, they take these events as a threat since they consider themselves a peaceful community and are not used to this type of violence.

“We cannot say because we have no suspicion, none of our comrades is on a bad path, we are dedicated to defending our territories,” Cesar Benedith said.

Different human rights organizations in Honduras issued statements and demanded that the government cease violence and discrimination against this ethnic group.

They also beg for help in finding these young men as there is no clue as to their whereabouts.

Featured image: They want to disappear us as a Garifuna people,” leader Miriam Miranda wrote in a tweet. | Photo: Twitter @elpaishn