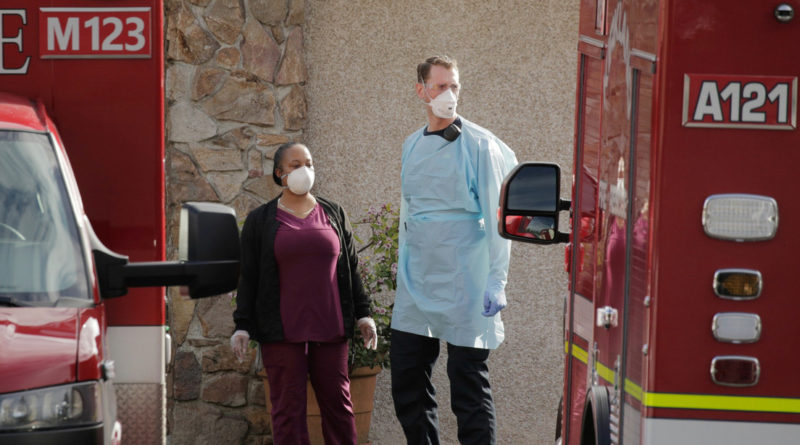 International News
March 27, 2020March 27, 2020 orinocotribune Arizona, chloroquine, coronavirus, COVID-19, in the us you are on your own, US decline

He and his wife took a fish medication because it contained the same substance that recent studies said could help cure covid-19.

A man from Arizona (USA) died after ingesting chloroquine phosphate, believing that in this way he was protecting himself against the coronavirus, after Donald Trump said that a combination of hydroxychloroquine – a malaria medicine – and the antibiotic azithromycin could counter the global pandemic of covid-19.

The wife of the deceased, who was 60 years old, also took this substance and is in serious condition. Speaking to NBC News, the patient said she had seen President Trump’s press conference, which spoke of the potential benefits of chloroquine.

So far, there are no approved drugs to prevent or treat covid-19, but some preliminary research does suggest that “chloroquine phosphate has shown apparent efficacy in treating covid-19-associated pneumonia in clinical studies.”

They were afraid of becoming infected
Neither spouse noted symptoms of the coronavirus, but, according to the woman, they feared infection. So they decided to ingest the chloroquine phosphate they had at home that they had previously used to treat their pet, a Japanese carp.

In this way, they did not ingest the substance used to treat malaria in humans, but the toxic ingredient included in a treatment against fish parasites.

“I saw it on a shelf and I thought, ‘ Hey, isn’t that what they’re talking about on TV?'” the woman was quoted as saying. The couple then mixed a small amount of the substance with a liquid and drank it. After 20 minutes, they both began to feel extremely bad, experiencing a feeling of “dizziness and heat.”

“I started vomiting. My husband started developing respiratory problems,” recalled the patient, who despite her poor condition managed to call 911. Shortly after being admitted to the hospital, her husband died.