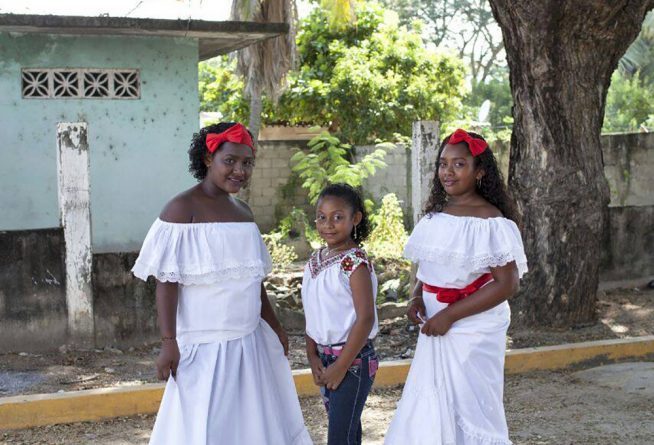 Afro-Mexicans are a part of the population that was overshadowed by miscegenation and indigenism. We tell you about its importance.

After the initial process of conquest, the government of New Spain established a marked caste system. This political apparatus regulated racial interaction and socio-economic mobility. At the top of the rights system, the European community placed itself; in the lowest part was placed the African migration brought as a slave to the New World.

The history of the arrival of the slaves with African origin to Mexico is born under three premises:

Vicente Guerrero is considered the first Afro-descendant president of Mexico and North America.

An ethnic group in oblivion
The process of insertion of Africans in Mexico always had a tendency to invisibilization. In the collective imaginary of Mexico, black has been thought of as a kind of anti-hero. An example of this are two historical figures that function as archetypes of the vision of the Negro in Mexico.

The first is the Estebanico, a slave of great physical proportions who traveled alongside the conquistadors. The second is Francisco Eguía, colonizer who inserted the smallpox virus into the indigenous population. In both cases the vision of the black is promoted as a clumsy human, an unconscious ally of the Conquest.

Despite the caste system, the cultural and biological “miscegenation” was not stopped by the Spaniards. However, the miscegenation of the black population not only dissolved their physical characteristics, it also blurred their cultural identity.

Unlike the indigenous, the Negro did not manage to reinterpret his culture in a Western mold that allowed him to continue conserving it. On the contrary, the Afro-Mexicans were diluted in the mestizo identity. Despite this, Afro-descendants maintained conditions of oppression and isolation similar to slavery.

Another situation that has affected the Afro-Mexican is the tendency to foreignization. Afro-descendants with more notable physical characteristics are usually not recognized as Mexicans, which has limited the formation of their identity from being included among those with greater acceptance.

Indigenous people sick with smallpox. Illustration of the Florentine Codex.

Afro-Mexicans today
Although the black population was a minority during the Colony, in no case can it be considered irrelevant to the composition of the current Mexican population. Non-mestizo blacks were close to the Spaniards in number, while the Afromestizo population quickly overtook the European population. For this reason, African influence is considered by many to be a third cultural root of Mexico.

Unfortunately, the recognition of the black population in Mexico is late. The intellectual production in which the Afro-Mexican population is mentioned is scarce.

To this, we can add that the reconstruction of the postcolonial identity had as protagonists the indigenist studies, and then ceded the seat to the construction of a Mexican national identity during the XIX and XX centuries.

According to INEGI, 1.16% of the national population identifies itself as Afro-Mexican or Afro-descendant. A large part of this population recognizes discriminatory attitudes against them, among which is the denial of their identity. The states with the largest number of Afro-Mexicans are Oaxaca, Veracruz and Guerrero, entities that preserve vestiges of African traditions.”