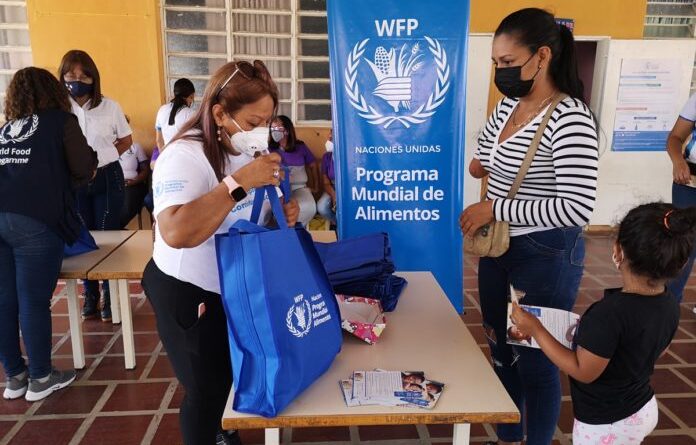 On Monday, August 2, Venezuelan Foreign Affairs Minister Jorge Arreaza met the regional director of the World Food Program (WFP) for Latin America and the Caribbean, Lola Castro. The progress of the joint cooperation program between the Venezuelan government and the WFP was evaluated at the meeting.

The government of Venezuela and the WFP had signed an agreement at the beginning of 2021, through which the UN body agreed to provide food assistance to thousands of Venezuelan children, whose school meal programs were severely affected as a result of the blockade on Venezuela imposed by the US and Europe.

According to the Venezuelan Ministry of Foreign Affairs, the joint cooperation was evaluated and the UN agency’s operations with the Venezuelan State were reviewed at said meeting. 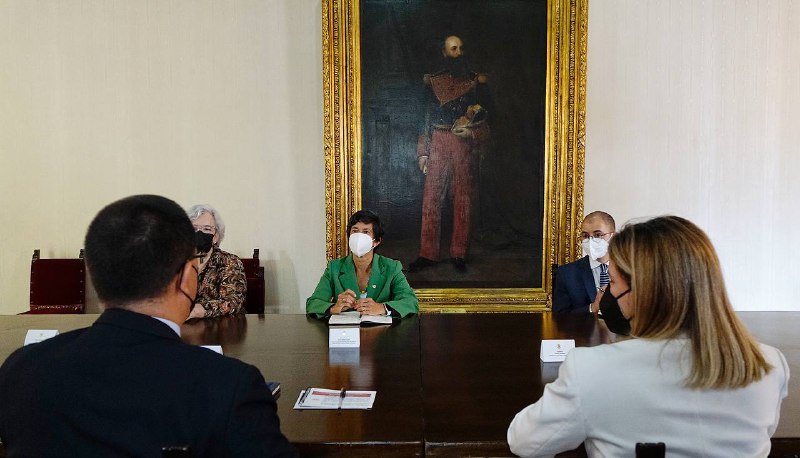 Food cooperation
In April 2021, the Venezuelan government and the World Food Program of the United Nations signed a children’s nutrition agreement. The objectives set out in the document signed by President Nicolás Maduro and the director of the WFP, David Beasley, were aimed at supporting the school meal program of the Venezuelan public education system. 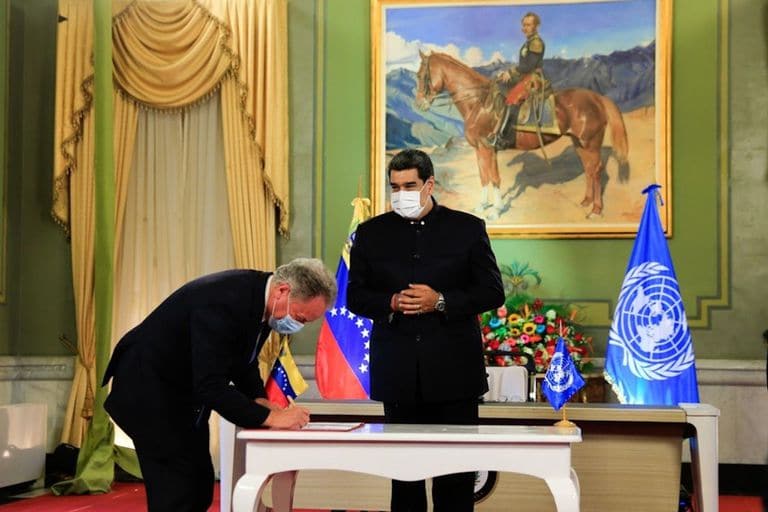 The World Food Program made a $190 million investment plan for the rehabilitation of school canteens and training for food preparation staff.

The WFP started its work in Venezuela on July 1 this year. Children and staff of a school in Maracaibo in Zulia state benefited from the first food shipment made within the framework of the agreement.

The program aims to reach up to 185,000 children by the end of this year, and through a gradual expansion, its goal is to feed, on a daily basis, one and a half million students by the 2022-2023 school year. This will be carried out with the annual budget of $190 million of the Humanitarian Response Plan for Venezuela.

These joint actions seek to alleviate the disastrous effects of the US-imposed blockade and unilateral coercive measures which have impeded the Venezuelan government from importing even basic necessities like food and medicines.

Featured image: The World Food Program (WFP) and the Venezuelan government have evaluated their joint program in the country. Photo: WFP / Elio Rujano