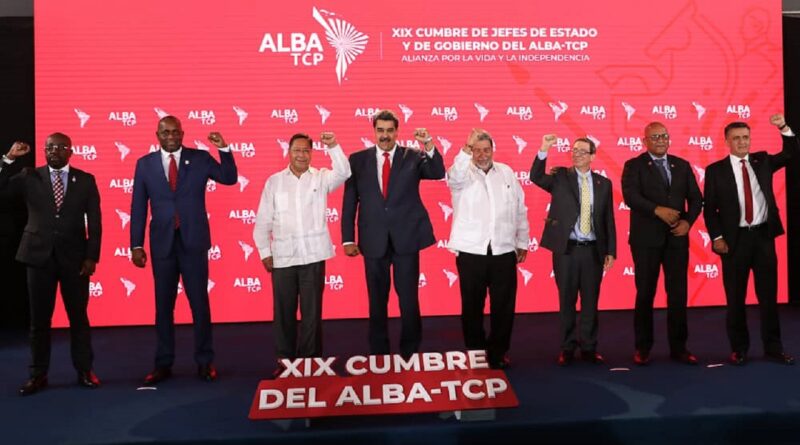 On Friday, August 6, Sacha Llorenti, the executive secretary of the Bolivarian Alliance for the Peoples of Our America-Peoples’ Trade Treaty (ALBA-TCP), condemned the attack against Ralph Gonsalves, the prime minister of Saint Vincent and the Grenadines, during a protest in the Caribbean nation.

Llorenti tweeted: “Our complete solidarity is with him, the government, and the Vincentian people. Ralph Gonsalves is essential to the Patria Grande.”

Gonsalves was attacked on the outskirts of Parliament the day before, when a group of protesters threw stones at him and his entourage. The protest was organized by the political opposition against measures taken to stop the pandemic. Gonsalves was entering the headquarters of the San Vicente parliament when a stone thrown by protestors struck him in the head. He was taken to the hospital, where he was photographed with blood stains on his shirt.

The Community of Caribbean States (CARICOM) also rejected the attack against Ralph Gonsalves today. Gaston Browne, the president of CARICOM and head of the Government of Antigua and Barbuda, issued a statement on behalf of the regional body condemning the attack.

RELATED CONTENT: Prime Minister of Saint Vincent and the Grenadines on his Way to Barbados for Medical Treatment Following Attack – Suspect Apprehended

Browne called the attack “serious, almost fatal,” according to the doctor’s report and stated that introducing violence into CARICOM’s political life “is shameful and deplorable. Those responsible must be brought to justice with due haste.”

Browne explained that the attack is even more shameful because it occurred when the prime minister entered the national parliament, the highest legislative body in the state, which was holding a meeting.

Browne reaffirmed that there is no room for violence and physical assault in our CARICOM democracies, where the rule of law prevails and peaceful protests are fully respected.