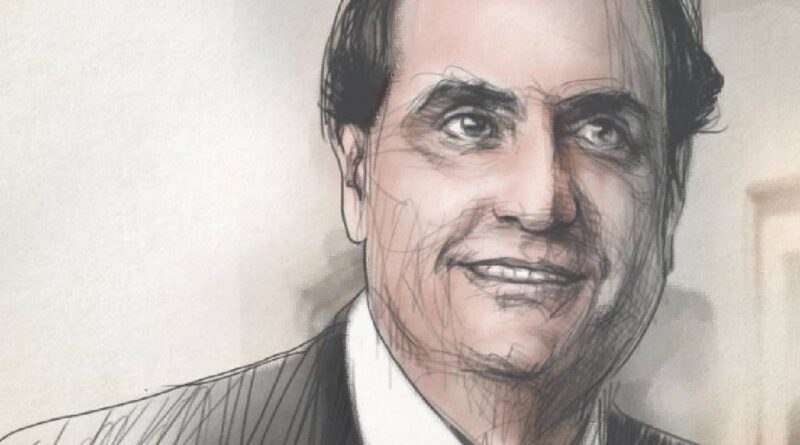 In a letter sent to the Colombian radio station W, the first since his arrest, the businessman assures that “the prohibition of loans, entry of ships to Venezuela to load crude, carry food, carry gasoline, leads to everything becoming more expensive.”

“In Venezuela the only corruption I have seen is from the famous US lobbyists who come there and steal millions of dollars from the government promising to fix the situation between the countries. It was the USA that legalized corruption by lobbyists, but it only benefits them. They claim that they’ll fix relations between the countries, and for that they want millions of dollars and businesses. That is US-style corruption.”

This was said by the Venezuelan diplomatic envoy Alex Saab, pursued by Washington for sustaining the Venezuelan CLAP nutritional program that distributes—at very low cost—boxes of food to almost 7 million households every month. Saab sent a letter to W Radio, of Colombia, in which he criticizes the United States government and its strategies of discrediting people or nations that pose a risk to it.

Saab criticized the US Office of Foreign Assets Control (OFAC), and wrote that “the prohibition of loans, and of the entry of ships to Venezuela to load crude oil, carry food, carry gasoline, leads to everything becoming more expensive due to the risk of shipping, or of working with Venezuela, and thus seeks to provoke a regime change, that they have not been able to do because, as they themselves say, they did not take into account the resilience of Maduro and the Chavista people. So they invented OFAC.”

The businessman was arrested on June 12 when his plane stopped to refuel at the Amilcar Cabral International Airport on the Cape Verdean island of Sal, following a very controversial request from the United States made through Interpol.

A month later, the Cape Verdean justice authorized his extradition to the United States, a decision that his defense immediately appealed.

Since the very first moment Venezuela denounced the violation of Saab’s diplomatic immunity. The Maduro government asserted that Saab is a Venezuelan citizen and a special diplomatic envoy of the government who was in transit in Cape Verde, returning to Venezuela.

In the letter, Saab assures that the United States government “must sell the idea that socialism is bad. And for that they have several formulas that they apply. One of them, the most efficient, is to hire hundreds of bloggers/influencers around the world to attack the countries they consider to be a danger to their interests.”

Saab warns that Venezuelans already know this strategy “we are not stupid, we see the reality of the inhuman blockade that the US has inflicted on us… So did Borges, Bobolongo (Guaidó), Paparoni and all those opposition scoundrels. They told the people repeatedly. Sometimes they were going to die of hunger, to the point that three million compatriots fled Venezuela. Of those, 2.5 million have already returned, because they know that in Venezuela, you’re not going to die of hunger. The other 500,000 are trying to return with the help of President Maduro. Do the math and you will see that this is the case. Venezuela is helping them to return for free, little by little.”

He adds that OFAC is simply an office, which cannot judge or accuse anyone, but that the United States uses it to “sanction” and “scare” all those who support the countries and their leaders who present a threat to them.

“Russia, Turkey, Iran, China, and all the countries that the US attacks should create a similar entity. Let it be called the Anti-US Regime Law.”

Featured image: Alex Saab, persecuted by Washington for helping in the delivery of food to Venezuela (CLAP). File photo.