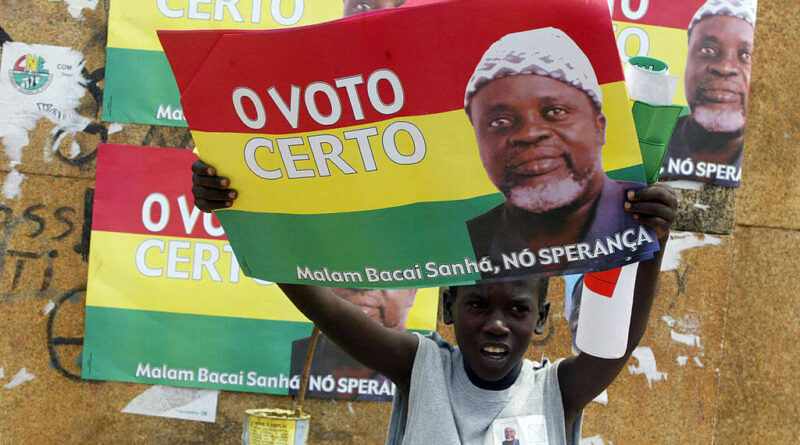 Despite his short life, Cabral left a remarkable impact on African liberation.

When the African struggle for liberation and the fight to end colonialism is discussed, Frantz Fanon, Chinua Achebe, and the names of a few other intellectuals and figures surface. Though widely known today among the elites and intellectuals, and unfortunately less known by the wider public outside of Africa, Amílcar Cabral is a symbolic name and a leading figure in the Pan-African struggle to self-determination and ending colonialism.

Cabral was one of the figures of a Pan-African movement that called for the independence of Portuguese colonies in Africa. In 1973, as he started preparation for the independence of Guinea-Bissau, Cabral was assassinated by his rival Inocêncio Kani, giving his life to the cause. Despite his short life, Cabral left behind a great legacy of books and writings that inspired generations of Africans to attain their independence from colonial powers.

Starting the struggle in Portugal
In 1956, Cabral was one of the founders of the African Party for the Independence of Guinea and Cape Verde (PAIGS). He headed the PAIGS in his own country against Portuguese colonialism, leading his people to one of the most successful anti-colonialism movements on the African continent and eventually becoming the de facto leader of today’s Guinea-Bissau.

The amount and depth of Cabral’s writings speak volumes to his legacy and impact on other liberation movements in Africa. He is also a major contributor to the national liberation theory through his writings such as Unity and Struggle: Speeches and Writings of Amilcar Cabral, Return to the Source: Selected Speeches of Amílcar Cabral, and The Weapon of Theory. In his writings, Cabral provides an understanding of the liberation process, its impact, and the political dynamics of liberation movements in conjunction with their aspirations and objectives.

Taking up arms
Cabral unapologetically defended the use of arms and revolutionary violence against foreign colonial powers to attain independence, noting that speeches, insults, and shouting will not liberate people, but rather what is necessary is taking up arms and engaging in an armed struggle for liberation. “For us, the worst or best we can say about imperialism, whatever its form, is to take up arms and struggle. This is what we are doing and will go on doing until foreign domination has been totally eliminated from our African countries,” he wrote.

Realizing the existence of differences within liberation movements, Cabral called on all Africans to unite under the one Pan-African goal of ending colonialism and to put their differences aside. He stressed that the lack of a liberation ideology and unity is one of the greatest weaknesses of a liberation movement and that all movements should work to overcome it. Cabral also highlighted the importance of education as a bridge to achieve the desired results of the education of the masses, both in and outside of school.

A new man and a new woman
For Cabral, national liberation was only the first step in a long process that should lead to shaping what he dubbed as “a new man and a new woman,” stressing that such a process is a complicated one that goes beyond the symbolic politics of independence and celebrations. Using his own words, national salvation and liberation “must put an end not only to suffering but also to backwardness.” Africans, he added, should “return to the source,” in order to reinvent their culture and heritage and face foreign domination and colonialism.

Cabral understood well that convincing Africans to fight colonialization was a challenge in itself, but he also noted that people are united by the brutality of colonization which increases their awareness of their plight. This was the case when the Portuguese responded with brutal force to the Pidjiguiti strike in Guinea-Bissau, awakening the national sentiments of locals and the need for self-determination just as Cabral envisaged.

But for this to happen, Cabral argued that it is critical to understand history, because it allows people to comprehend how colonial borders were drawn, and thus strengthens their sense of Africanism. This knowledge of history will also help create what Cabral called a “nation-class” that is capable of confronting foreign domination and bringing it to an end. He believed that an educated social class is able to realize this noble goal and that there is no need for all African people to initiate this process.

In the memory of his people and fellow Africans, Amílcar Cabral is known as the founder of the liberation movement that won Guinea-Bissau and Cape Verde their long-awaited independence. Despite the rapid and tragic end of his life at a young age, Cabral was able to mobilize the people of Guinea-Bissau and Cape Verde to put an end to the Portuguese domination of their territories. His legacy, however, besides his country, mostly lives on in the elites outside Africa who study his many writings.

Cabral’s legacy
Being an international figure who participated in conferences across the globe, including in Cuba and Algeria, that called for the liberation and self-determination of the African people, Cabral deserves to have his legacy taught and studied. This is especially true for the nations that still live under a colonial regime in the 21st century such as the Palestinians.

Although tactics could vary from one place to another, including the use of arms, there is no doubt that the legacy of Amílcar Cabral has inspired and continues to inspire generations of Africans, as well as other peoples, to win their sovereignty and intellectual independence back.

Amílcar Cabral is an example of an organic intellectual who was educated as an agriculture engineer but chose to sacrifice his own life for the sake of his people and all Africans. Despite his tragic passing, Cabral left behind a great legacy of books and thoughts that inspire generations of Africans today many of whom are still waiting to realize their full liberation from colonialism and foreign domination.

And as Cabral himself understood it, today, as in the past, the responsibility lies in the elites to educate the masses on the importance of unity and ideology for their liberation to be realized. The ideal can be attained: Africans and all other peoples can live in dignity. And Cabral can truly rest in peace.

Yousef Aljamal is a researcher in Middle Eastern Studies and the author and translator of a number of books. He is assistant to the Editor-in-Chief of Politics Today.

Featured image: A boy brandishes a poster of Malam Bacai Sanha of the former single ruling party founded by independence-era hero Amilcar Cabral (PAIGC), 17 June 2005, in front of Bissau’s Palace of the Republic. Photo by Seyllou, AFP via Getty Images