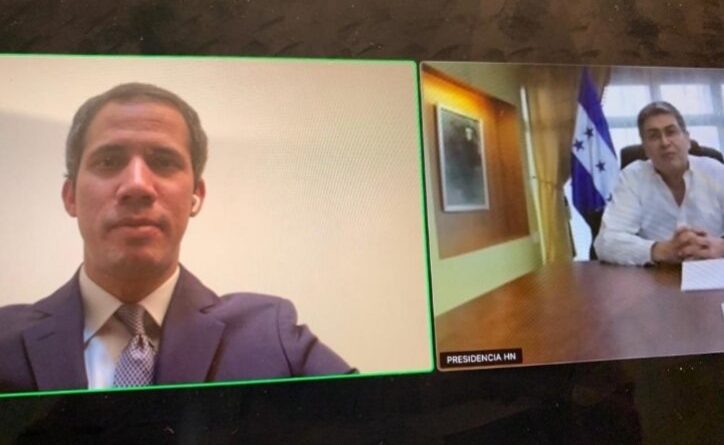 According to former executive secretary of the anti-Chavista alliance Mesa de la Unidad Democrática (MUD, Democratic Unity Roundtable), Jesús “Chúo” Torrealba, the narrative sustained by the opposition leadership in recent years led to, among other consequences, a massive migration of Venezuelans.

“Migration began in this country in a massive way in 2017. I’m referring to poor people, those who chose to leave on foot or by bus,” said Torrealba in an interview with the newspaper El Nacional, published Tuesday, March 9. “They left not because they had suddenly discovered that Maduro was bad, they also left because they came to the conclusion that the opposition did not present a reasonable and credible alternative.”

Torrealba’s distorted version of reality ignores the fact that the leaders of the anti-Chavista political opposition, it’s “free press,” and US-financed NGOs all explicitly encouraged Venezuelans to abandon the country, through an agreement with the Lima Group, as part of a campaign to create a “mass migration issue” with which to attack President Maduro’s administration.

From Torrealba’s point of view, the lack of realistic objectives presented by the public faces of the political forces opposing the government of President Nicolás Maduro has had undesirable effects. Instead of speaking “clearly to the country,” they were dedicated to maintaining a rhetoric based on emotion, ignoring what the Venezuelan people “should hear.”

“That is very important, and is part of a process of building maturity, both in the leadership and in the citizenry,” said Torrealba. “Here the opposition political class sold us the promise of immediacy, because there was a citizenry that was absolutely willing to buy it.” Torrealba failed to question his own responsibility as a member of that very same anti-Chavista political opposition.

At another point in his conversation with El Nacional, Torrealba pointed out that the mandate of the National Assembly elected in 2015 expired on January 5, 2021, and he insisted on electoral participation as an important mechanism to renew leadership within the opposition, in light of the upcoming regional elections.

Honduras’ narco-president and former deputy Guaidó
Yesterday on Twitter, Torrealba shared a tweet of former deputy Juan Guaidó, referring to a Zoom meeting Guaidó had with Honduran President Juan Orlando Hernandez, accused by US attorneys of receiving millions in bribes from drug traffickers.

“Last May,” wrote Torrealba, “Guaidó called the president of Honduras—today accused of trafficking tons of cocaine by a New York attorney—his ‘ally in the fight against drug trafficking.'”

“On the one hand this is more evidence of the lack of traction of Guaidó, and of the conflicts in the relations between those on the opposition, radicalized by the upcoming regional elections,” a political expert told Orinoco Tribune. “But on the other hand, it’s also a reflection of the corruption and lack of morals of the leaders of those countries that are lackeys of the United States, that belong to the Lima Group, and use all kinds of duplicity and trickery to undermine the Chavista leadership, including changing names and appearing to change sides in debates.”

Featured image: Zoom meeting between former deputy Guaidó and Honduras’ president, accused of drug trafficking by the US. Photo courtesy of @ChuoTorrealba.