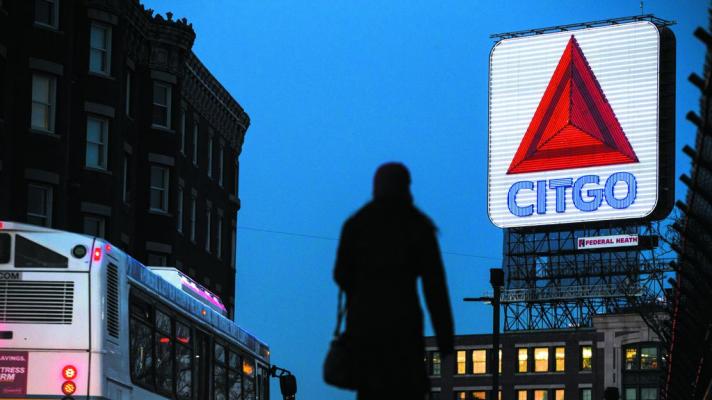 Recall that in 2005, after the lashings Hurricanes Katrina and Rita delivered to the United States—which led to an increase in heating prices and a shortage of fuel—President Hugo Chávez created the Venezuela-CITGO Heating Oil Program to help more than 200,000 low-income US families in dire straits.

In contrast, in October 2020, Elliott Abrams declared that “we are trying to stop the export of crude by the Maduro regime in Venezuela, and one of the ways to stop it is to prevent people from exchanging it for various products,” referring to diesel, a primary product for Venezuela’s [and any country’s] economy.

Abrams’ idea of ​​escalating the restriction of commercial transactions of diesel, within the framework of unilateral coercive measures (UCM), has its defenders. At the end of February 2021 James Story said that he didn’t support the possibility of lifting “sanctions” on the exchange of oil for fuels such as diesel.

The companies that participated in the exchange, also known as swaps, were Repsol, Reliance and Eni, which during the first half of 2020 sent a total of 1.35 million barrels of diesel, with the last shipment made by Reliance in November of last year.

Before implementing these measures, the Western press was already publishing that this option was on the table. Therefore, businessmen and organizations, alongside the [anti-Chavista] Washington Office for Latin America (WOLA), sent a letter in response to these upcoming new “sanctions” addressed to Mike Pompeo and Steve Mnuchin, who at that time served as Secretary of State and Secretary of the Treasury, respectively.

In the letter they expressed their state of alarm and recommended to continue granting exceptions for exchanges of diesel for crude. Likewise, they pointed out some illuminating data, namely:

• Companies from Europe and Asia account for almost 80% of the crude shipments leaving Venezuela. This would undoubtedly put the country’s economy at risk.

• In Venezuela, diesel is used primarily for power generation and the transportation of bulk cargo, including food, medicine, and humanitarian supplies. The consequences would be devastating for the population.

• Diesel is used by backup electric generators used in the country’s private clinics and public hospitals, including generators shipped by the International Red Cross and Red Crescent.

• According to 2018 data, 85% of diesel consumption was used for cargo transport and 15% for passenger transport. More than 70% of the Venezuelan population depends on public transportation to buy food and medicine.

• The food sector could come to a standstill. Heavy trucks rely on diesel to transport supplies from ports and airports to cities, as well as to transport animals.

• Electric power in Venezuela is generated from hydroelectric and thermal sources, with diesel being the essential fuel for generating electricity.

• Another affected area would be gas production and supply.

At the end of the letter, they made clear their position against the Venezuelan government, asking to take into account the recommendations of the UN High Commissioner for Human Rights, Michelle Bachelet. “Today Venezuelans are already suffering the consequences of the explicit efforts of the United States government to limit the supply of gasoline to the country,” concluded the letter.

Just as the letter brought together more than 100 organizations and individuals, other analysts on oil issues in the country have also commented on the consequences of UCM on diesel imports, such as professor and economist Carlos Mendoza Potellá, who noted that “the import of diesel is vital at this time, because it is the lifeblood of the economic apparatus, which drives the economy, which drives the agricultural and livestock sectors, industry, and commerce.”

Even the anti-Chavista economist Francisco Rodríguez has been commenting on the repercussions for a while, revealing a breakdown of consensus within the Venezuelan opposition’s narrative of the blockade:

Apparently, the Biden administration has shown signs indicating the possible reinstatement of swaps of crude for diesel. In January, newly appointed Secretary of State Antony Blinken told the press that he supports the pressure against Venezuela but believes that they can “try to do it in terms of humanitarian assistance.”

It’s well known that the oil industry of any country is dependent on the activities of international trade. Prohibiting or restricting any process of this nature seeks to rupture its proper functioning.

The solution to the gradual escalation of UCM against Venezuela cannot focus only on the application for licenses or permits. That is, a country cannot be under the yoke of those who believe they are exceptional just because their designs are not obeyed. This contravenes all the terms of International Law and multilateral non-aggression treaties.

In addition, considering the attention paid to licensing in general, the recent report by the United States Government Accountability Office (GAO) found, in part, that the US Department of the Treasury does not systematically track or analyze information to identify recurring problems in the imposition of “sanctions.” They are “limited” to ensuring that UCMs don’t interrupt humanitarian assistance [but they acknowledge its nefarious effects on Venezuela’s economy].

There are countless reports, evidence, denunciations and declarations by authorities of multilateral bodies that demonstrate the real consequences of “sanctions” on the Venezuelan population. The current US leaders know this very well. The roundabout handling of this “sanctioning” issue may be called inept, but it is part of the humanitarian showbusiness they pretend to promote.