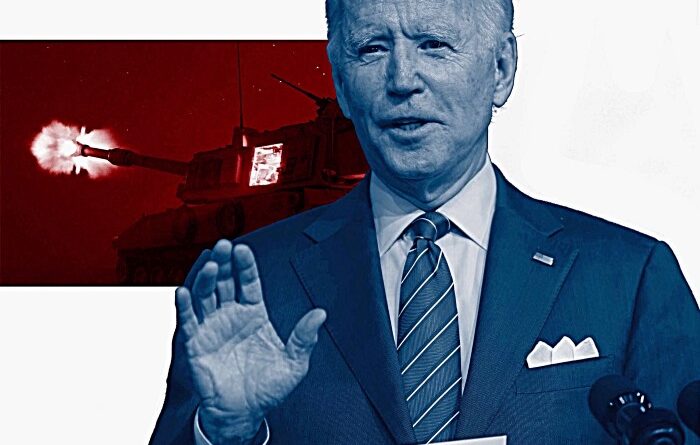 In the world that the anti-communist orthodoxy has created, every horrifying reality about our neoliberal, warlike society comes with a qualifier: that the alternative system is without a doubt far worse. No amount of economic deprivation due to capitalist greed, no atrocity committed by our ever-deadlier militarized police state, no environmental crime from the ruling corporations, no massacre by imperialist military forces abroad, can negate this fundamentally ingrained belief.

“Anti-communism is a fundamentalist religion, now followed by billions,” wrote Andre Vltchek last summer, when Washington’s cold war propaganda campaign against Marxist-Leninist China was being dramatically intensified. “Anti-Communism in the West and in its colonies, is a tremendous industry. It is easily the greatest and on-going propaganda campaign in the history of the world. Its metastasis has been spreading even into the core of the Communist and socialist countries themselves. All of that is because the Western, imperialist countries know perfectly well that their empire can only survive if Communism collapses. It is because the very essence of Communism is the perpetual struggle against imperialism.”

All of the fabricated north Korean atrocity stories, fraudulent reports about “concentration camps” in China’s Xinjiang province, and recycled anti-Soviet demagoguery that we’re being bombarded with by the bourgeois media stems from this great anxiety: that communism and its mission of fighting imperial control will sometime soon advance closer towards the heart of the empire, and then into the heart of the empire itself. The long-term disadvantage of the imperialists is that there can be socialism in one country, but there can’t be capitalism in one country; capitalism needs tokeep expanding into new markets to sustain itself. This can’t happen if Marxist-Leninist revolutions in the vein of those in Cuba, China, Laos, Vietnam, and the DPRK spread to more corners of the world in the coming decades.

For the U.S. capitalist ruling class especially, the losses that would come from such a new wave of revolutions are system-shattering. Through sanctions, Washington has come to increasingly isolate its economic apparatus from Russia, and Washington’s self-destructive trade war with China is going to continue for the foreseeable future despite how much the U.S. and China are economically intertwined. The ongoing inter-imperialist economic conflict between the U.S. and the E.U. is also weakening the flow of capital, and at a time when GDP has been greatly falling for both entities due to the neoliberalism-created global depression of this last year. The imperialists also recently lost another neo-colony when Bolivia’s indigenous socialist movement unseated Washington’s coup regime within the country last year.

In the face of this isolation, economic shrinkage, geopolitical fracturing, and growing class and anti-colonial revolts, along with the longer term concern of climate catastrophe irrevocably destabilizing global markets, the imperialist bourgeoisie need to ensure a route towards consolidation and intensified exploitation. There need to be ever greater austerity measures, as reflected by how the IMF is now imposing privatization, wage cuts, and social service dismantlement onto 81 countries. There must be an expansion of Big Tech’s power, which the Biden team aims to carry out under the “Great Reset” brand. There needs to be a continuation of the wars, which in the coming years will take the form of intensified drone strikes and further military buildup against Russia and China. According to the D.C. think tanks, there needs to be an opening for the U.S. to join the Trans-Pacific Partnership, the deal that would further make corporations impune to labor and environmental rules.

And to stop mass, organized resistance to these crucial moves towards sustaining profits, there needs to be a campaign to discredit communism in the minds of the public. All the examples of actually existing socialism must be painted as anti-democratic, or as outright nightmarishly dystopian. The undeniable reality that China has contained the Covid-19 outbreak astronomically better than the U.S. must be diminished by portrayingChina’s pandemic measures as human rights abuses in and of themselves. The inhabitants of our increasingly neoliberalism-ravaged society can’t access an honest standard of comparison when it comes to their living standards. It has to be that as far as they’re concerned, the lives they’re living are the relatively good alternative to the horrors that those within communist countries are subjected to.

Right now at the beginning of the Biden era, amid the recent campaign to bombard us with Xinjiang propaganda and the ongoing efforts from government-tied media outlets like Vice to put forth anti-DPRK demagoguery, the development towards revolution is being slowed due to the effectiveness of these narrative manipulations. Conditions for the proletariat within the U.S. and its allied imperialist countries have rapidly deteriorated in this last year, with tens of millions losing their jobs and millions moving towards homelessness. And now the Biden administration, despite its stimulus package, is impeding the fight against depression-era austerity by prioritizing the continuation and expansion of Washington’s wars.

The paradigm of endless wars and military buildup against Washington’s rivals is very directly strangling those within the empire’s core. Yet it’s at the same time working to demobilize the underclass so that the capitalist state’s neoliberal designs can continue to advance.

If those within the U.S. view the examples of actually existing socialism as nothing more than fearful dystopias, they won’t be receptive to the appeals from the revolutionary socialists to organize towards the overthrow and replacement of the capitalist state. All the theory and actions of the socialists will be viewed with utmost suspicion, since the anti-communist religion conditions its adherents to classify communism’s sympathizers as threats to “freedom” and “democracy.” Once someone has become deeply enamored with this religion, trying to bring them to see the truth is met with the typical defensiveness and stubbornness which characterize political arguments. So society’s range of consciousness remains constrained to the places where the imperialist ideological hegemony hasn’t already taken a firm hold.

It’s possible to carry out a revolution in spite of this. As Stalin wrote in The Foundations of Leninism, one of the dogmas of the opportunists who seek to distort Marxism is the idea that “the proletariat cannot retain power if it lacks an adequate number of trained cultural and administrative cadres capable of organising the administration of the country; these cadres must first be trained under capitalist conditions, and only then can power be taken. Let us assume that this is so, replies Lenin; but why not turn it this way: first take power, create favourable conditions for the development of the proletariat, and then proceed with seven-league strides to raise the cultural level of the labouring masses and train numerous cadres of leaders and administrators from among the workers?” We don’t need to win over everybody, or even most people; our mission is to make the proletariat into the class with the dominant state power.

Until this shift happens, we remain in a landscape where the misery, deprivation, and destructive militarism which the imperialists perpetuate is reinforced by a great wall of hatred and lies. The key to this wall’s strength is the insidiousness with which its ideas are drilled into the consciousness of the public. You don’t even need to identify as an anti-communist to be part of the anti-communist religion; as long as you believe the demonizing narratives about Stalin, Mao, Kim, Xi, and so on, you’re participating in the religion by default. Vltchek described these narratives as:

False but very effective slogans, like bugs, that are being implanted into one’s brains. They are repeated constantly, sometimes hundreds of times a day, without one even noticing: “Communism is dead!” you have been told. “It is outdated, boring.” “China is not Communist, anymore.” “Communism is grey. Life under communism is controlled, and it is monotonous”. “People under Communism have no freedom, and no liberties.” The opposite is the truth. Building, selflessly and enthusiastically, a new and better society, for the people, is definitely more satisfactory (and “more fun”), than rotting in the constant agony of fear: worrying about mortgages, student loans, and medical emergencies. Competing with others, stepping on others, and even ruining other human beings. Living empty, sad, selfish lives.

There’s where the dissonance of this all comes in. Under the worldview that the system’s propagandists have constructed, the poverty, exploitation, and absorption in unending war that defines our society isn’t taken as proof that we should mobilize to replace the current order with a better one. It’s taken as a warning that if we pursue revolution, we’ll end up in an even worse situation. The logical conclusion of this, the one that the anti-communist religion’s adherents don’t want to confront, is one where the current system’s evils are allowed to continue forever.

Featured image: Above: an edited image from this article.