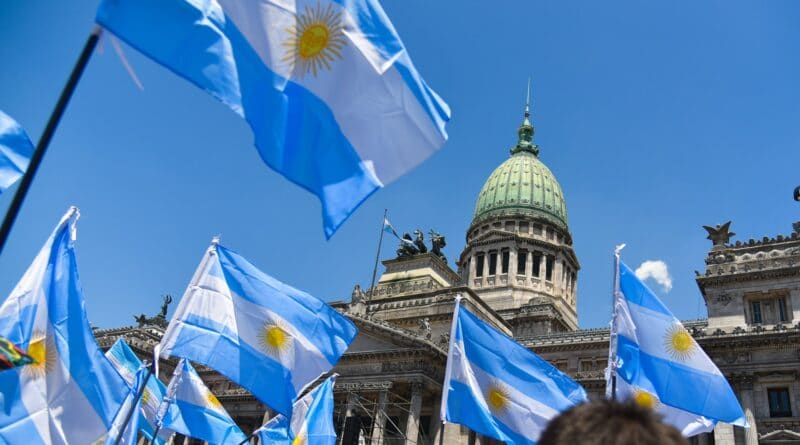 Yesterday afternoon the newspapers Clarin and La Nación had huge headlines celebrating the government of Argentina’s declaration before the UN Commission on Human Rights in Geneva. Uncritically and blindly swallowing this news – incomplete and biased, and therefore false – disseminated by the “independent media” the leaders of the Propuesta Republicana political party (PRO) lost no time in sending out a statement “congratulating” the government of Argentina for their “recognition, late, but correct, concerning the very serious situation in Venezuela.”

The announcement, titled “Better Late than Never” was signed by Patricia Bullrich and Fulvio Pompeo (not to be confused with Secretary of State Mike, although they think alike) and ends with an exhortation to the government to maintain this attitude “over time, in the different current political and diplomatic areas, with the goal of supporting a process that allows holding free and independent elections without delay in Venezuela.”

In this case, the half-truth created by the fake news deceived its tireless supporters and caused them to make embarrassing spectacles of themselves. As it happened, very shortly after the real position of Argentina became known, which ratified: 1) the recognition of Nicolas Maduro as the only legitimate president of Venezuela; 2) the legality of the call for parliamentary elections made by the Venezuelan government for December of this year; 3) a reaffirmation condemning the blockade and economic sanctions which are augmenting the suffering of the population; 4) likewise reaffirming the principle of No Intervention, about which, on the Hugo Morales program on radio AM 750, the president reaffirmed that no one has the right to tell the people of Venezuela how to solve their problems. “Neither I, nor Trump, nor anybody,” he declared, to the distress of a colonized right-wing who actually do want to give this right to the president of the United States. Furthermore, in the interview, Fernandez reviewed the frustrated attempt by José Luis Rodríguez Zapatero to normalize the electoral process in Venezuela and how that attempt was sabotaged, at the last moment and after everything was agreed upon, by the anti-democratic attitude of the opposition.

The result: a fake news report that played a dirty trick on the right wing. To top it off, with his clarifications today the president distanced himself still further from the Lima Group, which he characterized as irrelevant and unrepresentative, and discounted specifically – calling them by name – the presumed rights that the occupant of the White House puts forward to involve himself with the internal affairs of Venezuela. He also reaffirmed his rejection of the coup and the dictatorship in Bolivia, and the commitment of Argentina to ex-president Evo Morales and those Bolivians who seek asylum in Argentina.

Two conclusions arise from this episode: first, that it is essential to align the Chancellery (Ministry of Foreign Relations) with the positions of the Casa Rosada (seat of government in Argentina equivalent to the White House in the U.S.) You don’t need to have the eyes of a lynx or be able to see underwater to perceive that the melodies emanating from the Palacio San Martín, (seat of the Ministry of Foreign Relations) are not in accord with the perspective of the president. And to play a positive role in regional or international affairs, this country needs to have one foreign policy, not two, and avoid situations where the president has to clear up matters said or done by the Foreign Ministry. Second conclusion: Argentina could have gone a little further in its speech/participation in Geneva. For example, questioning the permanent and unpardonable omission by Michelle Bachelet of the topic of the economic sanctions and blockade of Venezuela, each time she examines the situation of human rights in that country. We also could have shown our dissatisfaction with the fact that Bachelet has not used the same standard to judge the criminal actions of the police forces in Chile, where almost 400 people have lost an eye or become blind; along with women who have been raped, thousands who have been arrested and some 30 people killed during the recent repression in Chile. We might point out how incongruous it is to speak of “torture and mistreatment and gender-based violence” carried out by security forces in this continent where mistreatment (which is not always torture) and gender-based violence are everyday occurrences, including in Argentina.

In spite of this, she seems to be preoccupied only with what may occur under the government of Nicolas Maduro to the point where she ignores massive violations of human rights perpetrated by the Piñera regime in Chile and the dictatorship in Bolivia. The government of Argentina might also have asked her to cast an inquisitive eye toward neighboring Colombia, where, according to the Spanish news agency EFE which would of never been accused of having pro-Chavez sympathies, the Ivan Duque government was responsible or complicit in the murder of 100 social and political activists between January 1 and May 15 of this year. But Bogotá is a proxy government for the government of the U.S., and Bachelet, in her role as a submissive servant of the White House, doesn’t even conceive of doing such a thing and prefers to direct attacks at Venezuela rather than toward the narco-government of Colombia. Finally, after adding and subtracting it all up, thanks to the fake news of Clarin and La Nación newspapers, the policy toward Venezuela of the government of Argentina has been outlined more clearly and more hopefully. And that’s good news.