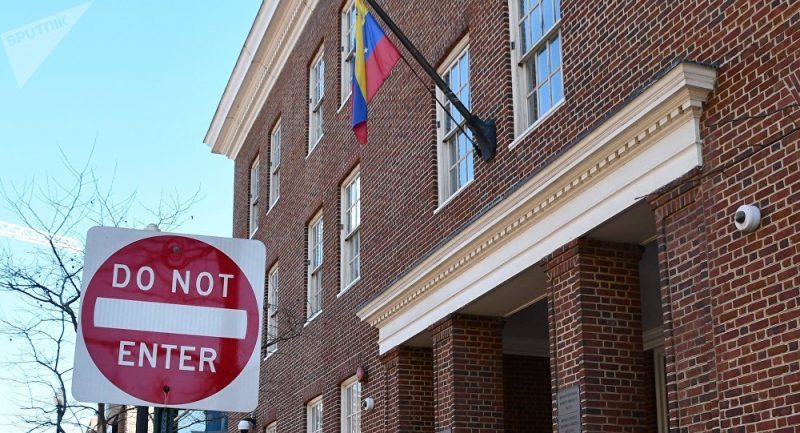 The United States refused to accept Turkey as a protective state for Venezuela’s embassy and consulates in Washington, after considering that the assets do not belong to the government of President Nicolás Maduro, Foreign Minister Jorge Arreaza said.

“The response of the Government of the United States was not to accept a protection agreement that includes the archives, the goods, the buildings of Venezuela, because those assets are not from the Government of Maduro,” Arreaza said at a press conference in Caracas.

RELATED CONTENT: How Long Can John Bolton Take This?

The Foreign Minister indicated that according to the Vienna Convention, after a break in diplomatic relations, countries can agree to appoint a protective State in order to open Offices of Interest, and that in that case the US had decided to appoint Switzerland, for the safekeeping of its Embassy in Caracas.

Venezuela’s decision to appoint a protective state for its diplomatic headquarters came before US police entered the Caracas embassy in Washington on May 16 to arrest a group of activists who were guarding the facility.

The activists were living at the headquarters since April 24 at the invitation of Venezuelan diplomats, in order to prevent sympathizers of opposition leader Juan Guaidó from taking control of the building.

Meanwhile, on May 16, Maduro ordered the security forces to reinforce the protection of the United States Embassy in Caracas.

Venezuela and the United States broke relations on January 23, after the president of that North American nation decided to recognize the opposition Guaidó as president in charge of that Caribbean nation.