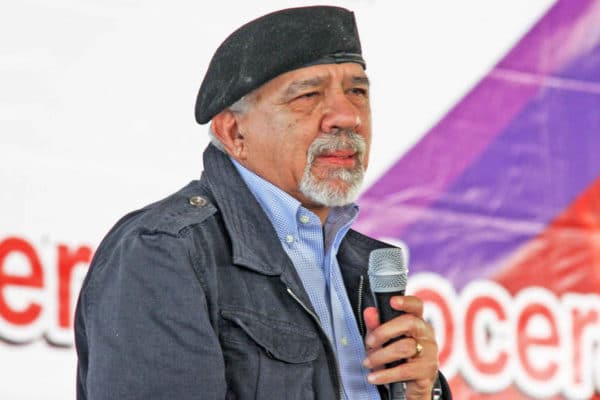 The Attorney General of Venezuela, Tarek William Saab, has confirmed that his office continues to search for the disappeared professor and leftist leader Carlos Lanz.

One year since his disappearance on August 8, 2020, the Attorney General’s Office currently maintains an active multidisciplinary team working to locate Lanz.

Attorney General Saab explained that the Prosecutor’s Office has already carried out 100 procedures in relation to this case from the last time Lanz was seen at his home, in the state of Aragua.

RELATED CONTENT: Where is Carlos Lanz? A One-Year-Old Question

In a recently published tweet, Attorney Saab wrote that “our arduous investigation has been characterized by being both informative and constant, and is being carried out with the active participation of different intelligence agencies. None of the hypotheses raised so far have been ruled out.”

Saab added that throughout the process of the investigation, Lanz’s children have been kept informed about the actions carried out by the different security agencies with respect to the disappearance of their father.

Two national level prosecutors are working in the investigation, together with a regional prosecutor from Aragua state and the security agencies of the Bolivarian National Intelligence Service (SEBIN), the General Directorate of Military Counterintelligence (DGCIM), the Scientific, Penal and Criminal Investigations Corps (CICPC), and the Bolivarian National Police (PNB).

The investigation so far
Saab informed that investigations have been carried out in the states of Guárico, Bolívar, Aragua and Caracas to find Lanz’s whereabouts. So far, some criminal groups were apprehended in their failed attempt to collect money in exchange for false information about Lanz’s location.

RELATED CONTENT: President Maduro on Carlos Lanz: ‘We Need You, We Will Not Rest Until We Find You!’

Moreover, the Attorney’s Office has held several group meetings with all the organizations that are participating in the investigation, with the aim of reviewing all the leads in the case.

During the aforementioned 100 procedures, 53 interviews of Lanz’s relatives, neighbors, work colleagues, friends and co-partisans were conducted.

Additionally, psychiatric research, family psychiatric profiles, forensic investigations, analysis of telephone calls, reviews of movements and polygraph tests have all been utilized in the investigation.

76-year old Professor Lanz worked as an advisor to the Ministry of Education. Formerly a guerrilla fighter, he is a renowned teacher and veteran social activist.