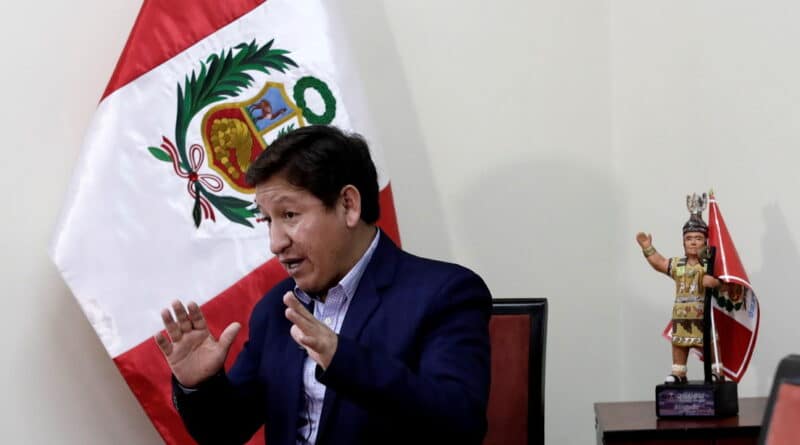 Inquiries by Peru’s Prosecution will try to determine if Guido Bellido, Vladimir Cerrón Rojas and Guillermo Bermejo, key figures in the government of newly inaugurated President Pedro Castillo, had links with the terrorist organization Sendero Luminoso [Shining Path], as was claimed by the head of an association of reservists.

On Wednesday, August 11, Peru’s Office of the Special Supra-provincial Attorney for Terrorism and Crimes Against Humanity began a preliminary investigation against three well-known national level politicians: Guido Bellido, the acting prime minister, whose official title is president of the Council of Ministers; Vladimir Cerrón Rojas, founder of the ruling party Peru Libre (PL); and PL Congressman Guillermo Bermejo. The three politicians are being investigated for alleged terrorism charges, according to the official report.

The case in question, which has targeted key figures in the government of President Pedro Castillo, has been started as a result of a complaint made by the president of the Plurinational Association of Tahuantinsuyan Reservists, Eddy Bobby Villarroel Medina, who has accused the three aforementioned politicians for alleged links with the Valley of the Apurímac, Ene and Mantaro rivers chapter of the guerrilla organization and designated terrorist group Sendero Luminoso, which calls itself the Militarized Communist Party of Peru.

During the investigations, which will last for 120 days, the writer and poet José Pimentel Vidal will also be investigated for allegedly being the link between Cerrón and Víctor Quispe Palomino, one of the leaders of the organization.

Faced with these accusations, the Peru Libre founder responded with irony through a post in his Twitter account, claiming that he was being persecuted, once again, for his political ideas. “Another new allegation of terrorism, does anyone have any doubts that there exists a severe political persecution?” he questioned.

Since Pedro Castillo announced the names of the members of his cabinet at a symbolic swearing-in ceremony held in Ayacucho, he has faced strong pressure and criticism from partisan and media opposition for alleged lack of suitability of several of the appointed officials. This has already caused a confrontation between the executive branch and the opposition in the legislative.

Among the officials mentioned as “unfit” to occupy cabinet positions within the Castillo administration, Guido Bellido’s appointment as president of the Council of Ministers seems to stand out. Bellido’s appointment was unanimously rejected by right-wing members of the Peruvian Congress, who alleged that he had links with senior members of Sendero Luminoso.