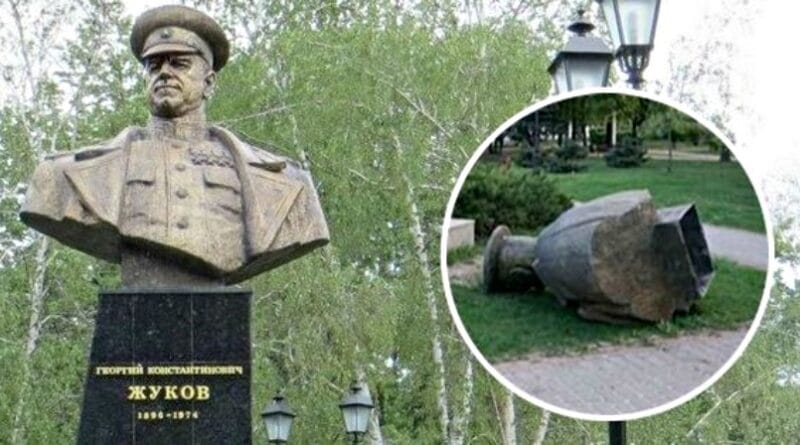 Neo-Nazis belonging to the Azov Battalion, supported by the Ukrainian authorities, demolished the statue of the legendary Soviet Marshal Georgy Zhukov in the city of Kharkov.

The dismantling of the monument reportedly took place on Sunday 17 April.

Koatiantyn Nemichev, an ex-combatant of the neo-Nazi Azov Regiment and head of the Kharkov branch of the National Corps, published a video of the demolition of the monument, stating that it had been dismantled by KRAKEN special forces. The video shows the statue being taken to a landfill.

Over the past years, fascists and neo-Nazis made several attempts to remove the monument to Zhukov in Kharkov, but city authorities would always put it back on the pedestal on the instructions of the City Council.

According to TASS, the Russian authorities have ordered a criminal inquiry over the demolition of the monument.

Georgy Zhukov was a prominent Soviet General and Marshal of the Soviet Union who played a leading role in the Red Army’s victory against Nazi Germany during the Second World War.