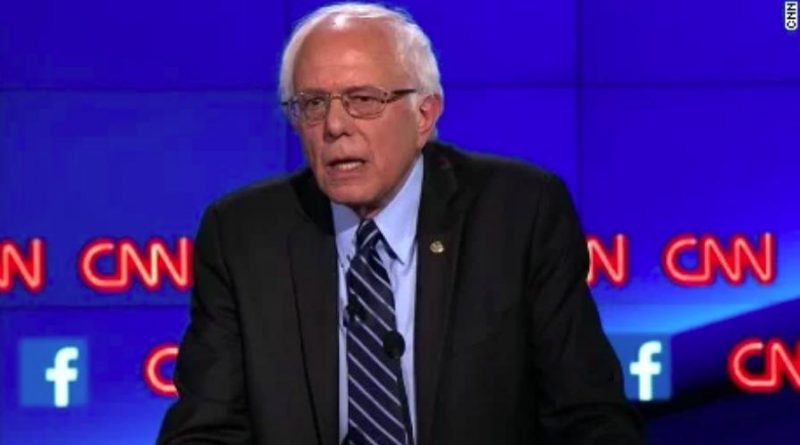 During the third debate held on Thursday, the Democratic candidates for the presidency of the US that will take place in October 2020, Senator Bernie Sanders called the president of Venezuela, Nicolás Maduro, a “Tyrant”.

Journalist Jorge Ramos, who was one of the moderators of the debate, asked Sanders: “What was the difference between the socialism you offer and that prevailing in Cuba, Venezuela and Nicaragua? ”

“In terms of democratic socialism, equating what happens in Venezuela with what I believe is extremely unfair. Anyone who does what Maduro does is a perverse tyrant,” Sanders replied.

“If you want to know the kind of government that Bernie Sanders imagines, don’t think of Venezuela. What is happening in that country is something that has failed,” the senator for the state of Vermont added.

For Sanders, the help of the international community is necessary to find a solution to the crisis in Venezuela.

“What we need now is international and regional cooperation to have free elections in Venezuela and that the people of that country can do things, can create their own future,” he said.

The Democrat defined socialism as “what happens in Canada and Scandinavia. Guarantee medical attention to all people as a human right.”

“We have three people in the United States who have more wealth than the lower half of this country. You have a handful of billionaires who control what happens on Wall Street, insurance companies and the media. Maybe, just maybe, what we should be doing is creating an economy that works for all of us, not the 1%. That is my idea of democratic socialism,” Sanders said.

Other candidates who participated in the debate: Julian Castro and the favorite according to the polls , the vice president during the governments of Barack Obama; Joe Biden, also lashed out at Maduro during their speeches.

For his part, Julián Castro, former secretary of Housing and Urban Development in the United States said: “I called Maduro dictator because he is. We need to make sure that the Venezuelan people have the assistance they need and offer them a TPS, something that the administration of Trump has failed.”